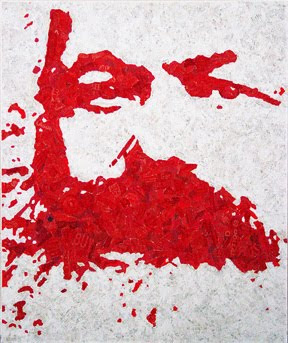 The NSW Senate race has produced a sideline of media commentary attacking Lee Rhiannon, the lead Greens candidate and until recently a NSW Upper House MP. Most of it has been along the lines of the socialist menace lurking beneath the apparently acceptable green exterior of the party.

Paul Howes, the  right-wing leader of the Australian Workers Union, used his weekly space in the Murdoch press to attack Rhiannon as part of a “watermelon faction”, “infiltrating” the party to turn it into a socialist organisation. Quoting Howes at length was the dour Fairfax columnist and one-time Howard staffer, Gerard Henderson. He went further, using material from Mark Aarons’ new book on what ASIO files reveal about some key Communist Party families which alleges that she refused to condemn the Russian invasion of Czechoslovakia in 1968. Rhiannon replied to Henderson’s overheated accusations as politely as possible.

The more important point is that there is nothing in her record over the last 20 years that could be considered as supportive of Stalinism, whatever her past views may have been. She has been an inspiring and committed fighter for ordinary people against the capturing of the political class by corporate interests, a counterpoint to the capitulation of the ALP. Indeed, it is ironic that Howes pursues this line as I remember him as an articulate defender of the Cuban dictatorship when he was a teenage member of the Resistance youth organisation. One could hardly accuse him of being a supporter of Cuba today. And when it comes to taking sides with violent regimes, he seems to have little problem defending Israel’s extrajudicial killings of a Hamas activist in Dubai.

There are three main things to draw from this blatant red-baiting. The first is that some right-wingers want to isolate the significant Left inside the Greens, especially as they have noted political tension within the party, personified by an alleged feud between Rhiannon and Bob Brown. There is no question that there are political differences inside the Greens and that if there is a more socialist or Left social democratic current dominant anywhere it would be in NSW. But the things that unite the party nationally—an in-practice commitment to parliament as the only serious arena for social change, a growing distance from social movements, and the lack of a coherent ideology beyond a vision of a new, post-class Green ethics—are currently more important that what divides it. Nevertheless, the MSM does like making trouble!

Second is the attempt to link Left politics to totalitarianism through the medium of Stalinism. This is problematic because entire generations of Left activists up to the late 1980s looked to the Eastern Bloc as some kind of alternative to the injustices of capitalism. Especially in the “midnight of the century” in the 1930s and 40s, for anti-capitalists the Soviet Union could seem the only hope as capitalism descended into the Great Depression, the horror of fascism and the rush towards WWII. In Australia the Cold War years were marked by Menzies’ antidemocratic moves against the union movement and left-wing political organisations while the Communist Party was, despite its deformations and uncritical view of the Eastern Bloc, a serious organisation that took up struggles for Aboriginal rights, migrant workers and equal pay along with its commitment to bettering the lives of its working class base.

This doesn’t excuse the fact that well-meaning activists were uncritical of the crimes of Stalinism, but it does place them in a context that Howes and Henderson, arch defenders of free market capitalism, are unwilling to entertain. Any new radical Left will need to stake out not just opposition to Stalinism, but a serious critique of what went wrong with Russia.

As Marcel van der Linden points out in his excellent Western Marxism and the Soviet Union, those who were able to develop substantive critiques of “really existing socialism” in the years prior to the fall of the Berlin Wall were having to deal with an entirely new phenomenon—a socialist revolution in Russia in 1917 soon followed by the imposition of bureaucratic dictatorship and rapid industrial (and military) expansion at the cost of millions of lives and livelihoods. My own view is that the most coherent critiques were the ones that saw Stalinist Russia as an extreme case of trends towards statification and military inter-state competition already coming to prominence within global capitalism at the time.

Finally, and most importantly, is Henderson and Howes’ implicit delegitimation of any discourse outside the accepted neoliberal ideology of our age. They don’t even deign to raise substantive arguments against a different, Left politics, instead writing it off as part of a past era or simply dangerous. This is in the context of the worst economic crisis since those dark years in the 1930s, a crisis which is still working its way through the world system. The crisis has provoked a collapse in the legitimacy of the neoliberal project, but after a fleeting (and illusory) “return to Keynes” there seems little to replace this once hegemonic force. Instead corporate leaders and politicians are turning to ad hoc and pragmatic attempts to shift the burden of the crisis onto working people—using the issue of increased government debt (caused by recession and bailouts) to implement swingeing austerity measures.

Such overwhelming attempts to redistribute wealth upwards are bound to meet with resistance at some stage. For the right-wing commentariat, the fear is that a radical new critique of capitalism emerges to contest the attacks. The spectre of a Greens party winning substantial voter support and containing within it the seeds of a radical Left is something they want to head off at the pass.