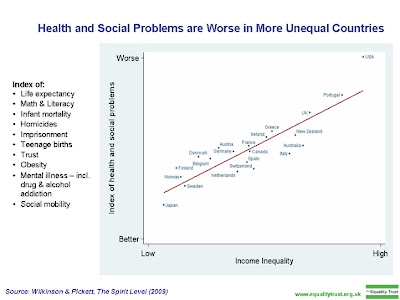 For too long the system has focused on treating people after they become unwell, and this has resulted in vast social and economic costs associated with chronic disease.

—Commonwealth Government response to the Report of the National Preventative Health Taskforce, May 2010

“Prevention” has become the health reform buzzword du jour, accepted at all points of the political spectrum. The spiralling costs of acute and chronic treatment have led to a search for more efficient and beneficent approaches to health and illness than merely cleaning up the burden of illness at the pointy end. Yet the logic of the current focus on prevention says more about the narrow ideological assumptions of mainstream discourse than a genuine attempt to prevent illness.

In May the federal ALP government released its response to the report of its Preventative Health Taskforce (NPHT). Both documents seem, at face value, to fit with well-established approaches to preventative health strategy. The Taskforce report focuses on three key areas of concern—tobacco, alcohol and obesity—and lays out a panoply of small and large measures to deal with the problems associated with these “lifestyle” risk factors. The proposals centre around a series of measures including taxation changes, changes to advertising laws, social marketing of prevention focuses and the development of “active living” campaigns to change lifestyle. On tobacco, for example, the government has already moved with its controversial decision to force generic cigarette packaging, which is an NPHT recommendation.

Once you get beyond these noble goals (the NPHT report is somewhat grandiosely titled Australia: The Healthiest Country by 2020), however, it becomes clearer that the vision embodied in this approach is one of refusal to address the main drivers of poor health outcomes. As Richard Wilkinson and Kate Pickett have pointed out in their bestselling book The Spirit Level, the last 30 years of medical epidemiological research has produced a startling and consistent conclusion: the main driver of poor health in rich industrial countries is inequality. Significantly, while there is inequality of health outcome across the socioeconomic gradient, in more unequal countries even those from higher social strata have worse outcomes than their peers in more equal countries. That is, social inequality creates worse health outcomes across a society as a whole.

Importantly, while so-called lifestyle factors have crucial mediating roles in explaining poor health outcomes, they themselves are at least partially dependent on the influence of inequality. In a series of graphs charting income inequality and poor health outcomes, Australia manages to do badly in both, often ending up in the “top right hand corner”.

Taskforce falls in with neoliberal approaches

Yet this insight is largely absent from the NPHT report. There is reference to the important WHO Commission on Social Determinants of Health report‘s recommendation to “tackle the inequitable distribution of power, money, and resources” but rather than address these head on, the NPHT instead concludes that this “means dealing with matters of governance; national economic priorities; trade arrangements; market deregulation and foreign direct investment; fiscal policy; and the degree to which policies, systems and processes are inclusionary”. Whereas the WHO report focuses on building a strong public sector and stresses universal interventions, the NPHT looks to target disadvantaged populations around their risk factors—specifically praising Gillard’s social inclusion agenda.

In the NPHT report, and even more so in the government’s response, “social inequity” is either discussed as unequal access to health services, or as an explanation for the social gradient in health outcomes, or simply as a determinant of poor lifestyle choices to be gotten around through prevention programs rather than directly addressed. This contrasts sharply with the recent UK Government commissioned Marmot Review which, while not as far-reaching in its conclusions as The Spirit Level, nevertheless argues that we need to go “beyond economic growth to well-being of society”.The weakness of the official prevention agenda in Australia reflects the ongoing ideological strength of neoliberalism in political discourse. The NPHT talks of market failures as problems that need to be rejigged through more careful market design and market-based interventions. The language mirrors that of neoclassically-derived ideas of “internalising externalities” that have dominated discussion of that other great case of market failure, climate change.

Health minister Nicola Roxon’s response highlights the aspects of the NPHT report that include a large measure of social control and engineering measures. The anti-smoking campaign is described as a “crackdown”, alcohol-related problems focus on “binge-drinking” and tackling obesity means pushing individual efforts on better cooking and physical activity. Abstractly these may seem innocuous, but if the underlying social inequities that drive them are not addressed, they can quickly take a legalistic or punitive form. This is because they focus on individuals or families as the objects of intervention rather than changing society as a whole. Should these strategies fail, it can easily be argued that disadvantaged people have simply resisted benevolent government attempts to move them from a place of exclusion to inclusion, and therefore don’t deserve further help. Promotion of lifestyle change has always been better taken up by those who are empowered to make decisions from a wider range of choices, and so tends to favour well educated middle class people.

In light of all this it’s refreshing to read the Greens’ health policies (easily the most progressive of the major parties’) recognising that “individual health outcomes are influenced by the inter-relationship of biological, social, economic and environmental factors” and that “preventative approaches, measures to alleviate social disadvantage, and universal access to an effective health care system are necessary to address inequities in health outcomes”. But beyond these statements there is little difference from the mainstream agenda in the action items, with a focus on food labelling, “legislation to promote healthy choices”, and “healthy lifestyle education”. Even the drugs policy similarly looks at targeting of individuals without a wider social context to explain drug use. In both the health policy and the social services policy (which is the main one addressing issues of inequality), there is a focus on supporting those who are suffering “disadvantage”.

As I have argued, the Greens don’t have a consistent analysis of social structures, dynamics and conflicts beyond an ethical critique that avoids serious consideration of power relations. In contrast to their much more carefully thought-out approach to ecological issues, their policies and statements tend to reflect the concerns of advocates and campaigners in particular social policy areas in an unprocessed form. On preventative health the paucity of debate on the social determinants of health (with some honourable exceptions) leaves the Australian Greens without a clear agenda. This was also true of their response to the Rudd health financing reforms, where they provided critical support for a barely disguised microeconomic reform agenda to screw “efficiencies” from the public hospital system. I don’t for a second believe that this was Senator Rachel Siewert’s intention, but in the absence of a clearly-articulated alternative view of health and health care, the party has been unable to consistently break free of the dominant discourse (although for a more critical view see Lee Rhiannon’s intervention when she was still a NSW upper house MP).

If the epidemiological and intervention data shows anything it is that unless the social determinants of health and illness are addressed, even a package of targeted interventions is likely to be of limited benefit, and even less so the further down the socioeconomic scale. By applying the ideology of methodological individualism to prevention, health planners risk not just wasting money on ineffective interventions but exacerbating social polarisation.