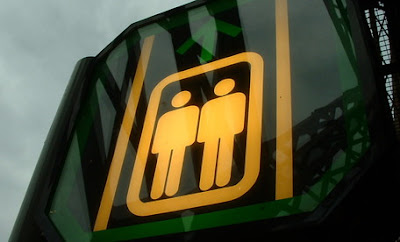 It was a bit of a shock to read Crikey last week and find that Guy Rundle, usually reliable for a left-wing view of the world, had descended into railing against adoption by male same-sex couples.

Rundle’s piece can be found here. My reply was paywalled, but the text is copied below. Rundle then replied at the bottom of this, and there was one more salvo from a Luke Wallace here.

Make of it what you will.

Perhaps it’s an attempt to get with the “new paradigm” and find some points of agreement with his conservative enemies, but the usually dependable Guy Rundle has made a case against adoption by male same-sex couples that is a hodgepodge of gut-driven opinion with an almost complete lack of evidentiary backing. Crikey readers have valiantly responded to his arguments from various angles, but I want to focus on four areas that render his views deeply suspect.

First, Rundle calls the NSW Parliament’s decision to allow same-sex adoption “an enormous change in our understanding of what rules and conditions society should set” and that “the issue isn’t and can’t be constructed as a mere extension of consenting rights” in regard to same-sex couples. This seems to be no more than a rhetorical flurry to distract from the fact that the main extension here is from the very “child-centred” principle that adoption law is already based on. The ban on same-sex parents was in fact a politically determined exception to the principle Rundle so admires.

There is no fundamental legal right to adopt a child in Australia; rather, for very good reasons, adoption is tested on principles regarding factors contributing to the child’s welfare, as determined from epidemiological and other research. A key and consistent positive factor is stability of placement, and so children permanently stuck in the fostering system show consistently worse outcomes than those who are adopted, with the NSW decision creating a potentially greater pool of stable adoptive parents who still meet all the usual criteria.

Secondly, Rundle makes much of what he sees as a false battle between biological and social constructionist views of parent-child relationships. This is a straw person argument aimed more at provoking his BBQ friends than addressing the current state of research in the area. The knowledge base on parenting and child development, enriched by over five decades of work by scientists and social service workers grounded in Attachment Theory, is bigger than ever. Whatever its limitations, John Bowlby’s theoretical contribution has provided us with a much less reductionist view of the precise relationship between biological and social determinants of child development than Rundle seems able to muster.

Indeed, psychiatrist Bowlby scandalised the psychoanalytic community with his finding that the attachment of a child to its mother (sic) was biologically driven yet not related to the traditional view of the mother’s ability to provide breast milk. Bowlby’s successors have shown healthy attachments are equally possible with male-only parenting and even with group parenting arrangements (e.g. kibbutzes). Attachment quality is driven by more complex characteristics in children and primary care giver(s), with a complete lack of evidence that it is driven by gender, or more specifically by bre-stfeeding as the sine qua non of complete parenting.

I’m not suggesting that in premodern times there were as many alternatives to maternal bre-stfeeding as we have today. Nor am I denying that nutrition is a necessary prerequisite for healthy development. Rather, the mother’s breast is not the royal road to adequate social and emotional adjustment.

Studies that compare children reared by straight, lesbian and gay couples consistently show no significant differences in subsequent behaviour or emotional adjustment. This is not to say there are no differences in the experiences of children and care givers. But nobody has been able to show that any of these options is inherently better or worse than the others.

Thirdly, because he is unable to assert more than a moralistic case for his biological claims, Rundle briefly surveys the historical record to make his case for the centrality of female parenting. Here he creates two elementary confusions. One is that he glides over the distinction between “pre-cultural” (by which I assume he means “egalitarian hunter-gatherer”) societies and what came after. The anthropological record is clear that once egalitarianism is lost, the overwhelming majority of known societies push women into the primary child-rearing role, as well as a socially subordinate position. This cannot but colour alternative care arrangements, and to this day lesbian parents remain more accepted (and therefore more common) than gay parents.

The second confusion is Rundle’s implication that “precultural” societies had “parental units” in any meaningful modern sense. This is a case of transposing today’s definitions on superficially similar but in fact radically different arrangements. It would seem more salient that primary care giving was widely shared in such societies, whatever the formal attribution of biological relationships may have been. With the lack of inherited property, such ties would have had few commonalities with today’s “two-parent families”. Further, modern notions of sexual orientation are also meaningless compared with much less rigid boundaries around behaviours that obtained in hunter-gatherer societies.

Finally, while it is still a relatively small field, studies of children adopted by straight, lesbian and gay couples confirm no difference in outcomes when factors unrelated to gender and sexuality are controlled for. When Rundle refers to the parenting manuals read by his hip, Jarmusch-loving friends, he betrays his willingness to accept the typically conservative (or kooky) claims of their authors over the authority of peer-reviewed and systematically analysed research. Sure it’s a still-developing area, but there is plenty of data to suggest Rundle’s conclusions are no more than prejudices on his part.

*Dr Tad Tietze is a Sydney-based public hospital psychiatrist with a research interest in Attachment Theory. He co-runs the politics blog Left Flank.