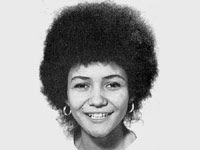 Reposted from the Overland Journal Blog:

A fortnight ago Bobbi Sykes died.

When I read the news, I was stilled by sorrow for and about someone I have never met. I am not a practiced obituary writer, nor am I an ‘expert’ on Aboriginal poetry. I write this post because the girl of 18 who first read Sykes’ poems, as an introduction to the world of poetry, still lives inside me and is so thankful.

My sorrow was for what Sykes gave me as a poet and through her political activism, in particular her involvement in the Aboriginal Tent Embassy. I mourned for another wonderful woman dying, and for the many Aboriginal people who have died too young. As Sykes herself highlights in her poem ‘Final Count’:

The children are dying /
In terrible numbers of
Malnutrition and
Related diseases and /
We do not count their numbers
Amongst the brave dead of
Our revolution /
Yet their blood is surely spilled
As though shot upon the street /
Had they lived
Long enough to die.We must count them /We must count them /
For if we do not
They will have died in vain.i

And we know that count is nowhere near final, not at the time Sykes wrote the poem and not today. And in the shadow of the horrific/racist/discriminatory Northern Territory Intervention, the failure to appropriately deal with the consequences of invasion seem to me more manifest than ever.

It was in Kevin Gilbert’s edited collection of Aboriginal poetry, Inside Black Australia, where I first read Sykes’ work. I was stunned by the beauty of the poetry and haunted by the biographies of the poets. Gilbert’s book is a deliberately political work as well as a work of creative output, and in my mind neither of those achievements is primary. It was an occasion when my affection for poetry was to meld with my own political views.

However, this was not the universal response in my tutorials. Many students claimed Sykes and others in the book were not producing ‘real’ poetry but propaganda, or something I have heard described by the odiously polite term: ‘resistance prose.’

We make no apologies for being overtly political; we see more clearly than anyone else in this country what is wrong with this country.

And as Gilbert says in his introduction to Inside Black Australia, dispossession is a blight felt and lived generation after generation:

Much of the historical subject of this poetry has been carved indelibly in blood over the past 200 years and before the poets were born. That the psyches still quiver with the shock of these horrendous times can be directly attributed to the continuing brutality, the national lies, the callous indifference to Black human life and the continuing practices of institutionalised racism today.

How can poetry and literature not be political, or be outside politics? There is no outside. So how, I thought, can poetry produced by Aboriginal people be written outside their history? Not every poem in Gilbert’s anthology is ‘overtly political’ (in the manner in which that is understood in contemporary Australia), but very many are.

In terms of reading these works, Judith Wright said that we must ‘address carefully the function and meaning of the words and criteria we lay down, before applying our standards like Mother Hubbard garments to the raw pain and misery of the voices’ii that present themselves in much Aboriginal writing. She wrote that, and took up these issues in a wonderful Australian journal called Overland.

It was only a few days before Sykes’ death that I was talking to my partner about her poem ‘Rachel’, about a baby who died on Palm Island in 1974 after a doctor refused a request for treatment during the night:

Named from the bible /
That good and holy book /
That came into this country /
Along with Cpt. Cook /

And metal axes
And beads and mirrors
And money and guns.

And the A.M.A. and the D.A.I.A. will hide the worthless soul
Who, through ‘benign neglect’, deemed she would never grow old.
Though pledged to Hippocrates’ Oath, he did not give a care

For faster is forgiveness granted for he who strikes a blow
Than for a doctor who refuses help to a babe who doesn’t know
That Racism is its enemy, and apathy the sword
Which sweeps away its tiny breath and delivers to the Lord.

When thinking about the date Rachel ‘departed’, 15 February 1974, even I see this date as ‘the past’ or ‘history … it being ‘such a long time ago’. And as I sat yesterday listening to a conference presentation on the Alyawarr people’s walk-off, when in 2009 the Ampilatwatja community walked-off their land in protest of the Intervention — their land — I am struck by how little has changed.

Digging all them white face /

(Staring, or ‘not staring’)

Until I felt surrounded /

I began to concentrate so hard /

On the lines and cracks

And I felt you / unknown Brother /

Over the heads / cars

Throwing me your glance

Your sparks lit up the street /

And I was no longer moving along /

As a reader, poems like ‘Rachel’ seemed directed clearly and squarely at white readers in anger, they contained a plea. However, I imagine at 18 I thought all poetry and literature was written for me. So ‘One Day’ was a little lesson about me the reader.

Everything about Sykes’ poetry, and the other poems in the anthology, seems political to me. It is not just the overt content, but also the actuality of the words in a world where proper ‘English’ and their context is already set down for us (always already there). But the process of writing and reception is also a political one: for me, the author is never truly ‘dead’. As Sykes says herself, ‘My poetry is my biography’.v

For that 18-year-old, reading the anthology and in particular Sykes’ work, it was the start point of a very specific political education and a real love of poetry in general.

And thank you so very much. Vale Bobbi Sykes.