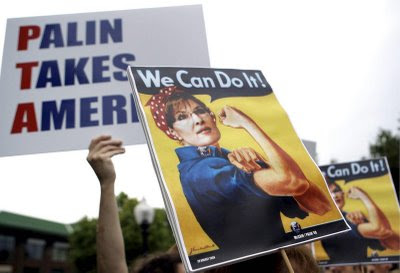 Power discusses some of the historical and contemporary feminist staples, such as pornography and social attitudes to the wearing of the hijab, but in doing so breathes fresh air into these questions. Her discussion about violence in pornography and its relationship to changing attitudes of young women to what is expected sexual conduct is illuminating, highlighting that issues of sexual behaviour and choice are not historically unchanging but socially constructed.

Her discussion takes place within an analysis that is conscious that the term “feminist” (and indeed the wider feminist project) has been stripped of much of its sharpness and liberatory potential. For me this underlines that the feminist project is not a movement that exists outside the confines of a state attempting to shape and modify it (not that any social movement does). Rather it is a movement that ruling elites have successfully co-opted, taking its agenda for their own ends, perhaps more extensively that has been the case for other progressive movements. Feminists may have stormed the corridors of state and political power, occupying high-level governmental and bureaucratic positions, but in that process the cause of women’s liberation has reached a dead end. And, as Power highlights, the circumstances for many women outside elite circles have actually moved backwards.

As we see with the rape allegations against Julian Assange thrown across the pages of the global media, the complexities of the feminist project being incorporated into the state in Sweden have served as a basis for attempts by Assange’s detractors to paint him as an evil man who not only has committed treason; he has denigrated women. Guy Rundle’s analysis in Crikey is perhaps one of the most engaged discussions of this issue. It is clear that if such allegations had been made against an “ordinary” citizen, the authorities would not have gone to such lengths to pursue extradition. As Left Flank has previously argued, the state is not a neutral arbiter of competing interests in society but a body that encompasses political and legal structures that act in the interests of the rulers who run them. Thankfully, a number of other commentators have not fallen into the trap of allowing the Right to pursue a double front agenda by assessing the question of the alleged sexual assault in isolation from the wider questions about how politics works. This is not to say Assange is innocent, or that there is no basis to the claims, but to understand these questions are more than one-dimensional.

To return to Power, although there is great strength and possibility in her work in the end it left me wanting more.

One shortcoming is that she engages in a lengthy (and in my view fascinating) discussion of pornography, without discussing the question of prostitution more generally. I do wonder whether Power wanted to avoid a discussion of the issues of abolitionism, legalisation and whether prostitution is a liberated “choice”, as they are discussions that have persisted within the women’s liberation movement for many years and remain unresolved. Additionally, as one of Power’s recognised research areas is vintage porn (and sections of this book are taken from other work she has published on this topic) perhaps this is explanation enough of why her focus is where it is. Nevertheless, and as is pointed out else elsewhere, the omission of a discussion of prostitution is a missed occasion to discuss how the purchase of sex works in contemporary capitalism.

Also, while Power notes that “no discussion of the current fortunes of women can take place outside of a discussion of work”, the chapter titled “The Feminisation of Labor” fails to explore in detail the material aspects of women in work, and retreats too quickly into a cultural discussion of women’s place in work, home, and as physical adverts of their own labour power. It’s not that this discussion strikes me as incorrect, or unimportant, just that on its own it is not enough. Power needed to do more that simply state that women now work in paid employment in much greater numbers. It is vital to explore why capitalism has necessitated their inclusion in the world of work (although this necessity existed alongside the demand for labour rights made by the women’s liberation movement itself). She also fails to draw out their potential empowerment in struggle at the point of production, whether as women or in collaboration with their male counterparts. Such a discussion would have allowed consideration of how women — as workers — can challenge their oppression and the capitalist social relations that underpin it.