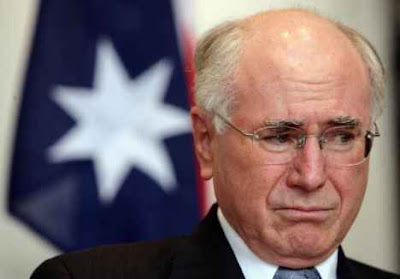 One of the main arguments of the neoliberal era has been centred on the decline of nation states and governments as actors in the economic sphere, replaced by decentralised market networks, multinational corporations and a new class of transnational capitalists. In her article in the Atlantic Monthly that I quoted in my last post, “The Rise of the New Global Elite”, Chrystia Freeland leans on such conceptions when she writes of the “new plutocracy”:

Perhaps most noteworthy, they are becoming a transglobal community of peers who have more in common with one another than with their countrymen back home. Whether they maintain primary residences in New York or Hong Kong, Moscow or Mumbai, today’s super-rich are increasingly a nation unto themselves.

Yet the notable thing about neoliberalisation is that the promises of a “borderless world” or “the end of the nation state” have not come to pass, and indeed nationalism and nation states have not been swept away. One only need look at the boldest experiment in transnational governance, the European Union, to see the nationalist tensions and inter-state jockeying provoked by the economic crisis exposing deep vulnerabilities in the unification project. And the most neoliberal of all nations, the United States, has spent most of the last 30 years projecting its economic interests armed with a sophisticated array of state institutions to exert political and military pressure on rivals and allies alike.

Freeland’s plutocrats may appear cosmopolitan on the surface yet their riches have been amassed with the active assistance of state machines (particularly that of the US) committed to national interests. All this despite clear and measurable changes in world economic activity that have resulted in astounding increases in global financial transactions, massive increases in international trade, and a smaller but still dramatic increase in the internationalisation of production.

It is one thing to observe this, as Marxists and other radical writers have over the years, another to provide a conceptual framework in which to understand how a system that seeks opportunities for individual capitalist profit-making in every corner of the globe interacts with a system of nation states. Put another way, how does the global anarchy of the market interact with the national political unity of the state?

A recent debate in the Cambridge Review of International Affairs, now collected in a new book, Marxism and World Politics, addresses just these questions. I want to focus here on a particularly lucid contribution to the original debate, “Putting the nation back into ‘the international’,”* by Scottish historian Neil Davidson. Davidson says that the division of the world into a system of competing nation states is more than just a simple outgrowth of capitalism as a system of competing firms. To do this he asks why if within each set of national boundaries there are firms competing with each other under the auspices of a state this could not simply be extended to a single global state managing all inter-capitalist competition around the world?

His answer regarding the centrality of national states to capitalism is complex and, in my opinion, convincing.

Firstly he notes that despite the mythology of free competition between capitalists, competition itself drives a self-interested desire on the part of each capitalist to use non-economic means to gain advantage — a function classically given to states on the world stage. A global state couldn’t do this as there would be no “outside”, and hence there may as well be no state at all. The end result would be that capitalists would “tend to group together to create new states or recreate old ones in order to achieve these ends”.

But secondly, and crucially, states cannot be reduced to such managerial functions within the anarchy of competition. They are also sites of ideological attachment. The drive of competition is always towards the subversion or breaking of rules, yet capitalists in general tend to play within the rules of their own game, accepting the legal and ethical structures embodied in the nation and its supporting ideologies. Indeed, inter-capitalist rivalry (as long as it is managed within the wider national interest) is itself a key tenet of nationalist ideology, with individual capitalists even accepting some of them will be losers within the context of broader national capitalist success.

Thirdly, nationalism is not only important to unify local groups of capitalists, but helps capital to fragment the subaltern classes. As Lukacs put it, nationalism binds “the individual members of those classes as single individuals, as mere ‘citizens’, to and abstract state reigning over and above them”. At one level, in the alienated circumstances they face under capitalism, workers seek out a collective consciousness, and national identification can become one spontaneous expression of this when class consciousness is on the back foot. This is the basis for reformist politics, which seeks amelioration of the negative effects of capitalism within the bounds of the system (and its state/s) — a politics that has been institutionalised in the form of parties like the ALP and the Greens.

But the same centrifugal, anarchic and constantly disruptive forces of capitalist competition that bring capitalists together within the framework of nations also act to sharpen exploitation and oppression for the subaltern groupings, thereby weakening the ideological hold of nationalism as it fails to deliver for them, instead acting as the enforcer of ruling class interests. In these circumstances the bourgeoisie and its state managers consciously work to reinforce nationalist ideology. Neoliberalisation has been just that kind of disruptive process, a fact clearly recognised by John Howard in his systematic appeals to nationalism while pursuing a pro-capitalist economic program within what he saw as the political bounds of possibility:

People want a bit of constancy in their lives. If you’ve got a lot of rapid economic change, you want a bit of anchorage in ordinary life. The one, in a sense, reinforces and complements the other. The key to our success in office was that we did, generally speaking, govern according to the principles of liberalism in economic policy and with a fairly conservative social agenda, which I not only believed in but was also appropriate for the times.

Most of Howard’s socially conservative “cultural” interventions — from his initial promises to govern “for all of us” to his undermining of Australia’s original owners, from his attacks on refugees around a narrative of “border security” to his aggressive projection of the ANZAC tradition, and from his description of unions as unrepresentative “sectional” interests to his painting of serious action on climate change as damaging to the “national interest” — were configured around the unifying frame of the Australian nation. To do this he had to draw on and adapt longstanding nationalist tropes.

Because neoliberalism, with its combination of market anarchy and workplace despotism, is also projected as a new world where discipline and conformity in the office or factory are counterbalanced by a potpourri of gratifying and pleasurable consumer choices, it further destabilises the social order by promising and then dashing hopes of individual liberation. The feelings unleashed by this process cannot merely be repressed by coercive measures (although the modern trend of politics by moral panic — whether over binge-drinking, obesity or pornography — is an attempt to do just that). Here nationalism can play another function, filling the gap that consumerism can never quite satisfy, providing psychic compensation for the atomism of modern life, social cohesion beyond the fragmentation of the marketplace, and encouraging allegiance to the interests of one’s national rulers on the world stage.

In summary, then, as neoliberal capitalism fragments social experience, nationalism becomes ever more important in gluing subaltern classes to their rulers. To try to recover some sense of moral purpose against the depredations of modern neoliberal capitalism through a renewed and “progressive” nationalism is an understandable response, but it can only serve to reinforce the existing social order and the interests of its ruling elite.

As a consistent alternative to this topsy-turvy world of neoliberalism and reactionary nationalism the Left needs to rediscover the question of class on a systematic basis, not just as a social descriptor but as the primary site of antagonism, struggle and radical transformation.

* Key parts of Davidson’s argument are also set out here (not paywalled).