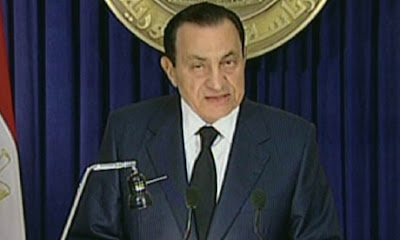 From the New York Times:

CAIRO — President Hosni Mubarak announced that he would not run for another term in elections scheduled for the fall, appearing on state television to promise an orderly transition but he would serve out his term. In comments translated by CNN, he swore that he would die in Egypt.

Television cameras showed the vast crowds gathered in central Tahrir Square in Cairo roaring, but not necessarily in approval. The protesters have has made the president’s immediate and unconditional resignation a bedrock demand of their movement, and it did not appear that the concession would mollify them.

From earlier in the day in Tahrir Square, protesters take a less lenient approach to the dictator: 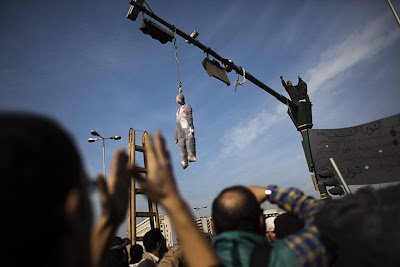