Recent events in the Middle East and North Africa have revealed new and surprising forms of political activism and reinforced long standing ones. The mass uprising in Egypt has sparked a wave of protest across the region as populations held down for decades under oppressive regimes have openly rebelled. Country after country has seen mass demonstrations met by varying degrees of bafflement combined with brute force from regimes unable to cope with the speed and visceral intensity of dissent from their deeply wounded but now fearless peoples. The use of state sanctioned violence against peaceful crowds has played very badly in the international media and brought great pressure to bear on Western powers that have sponsored the oligarchs and tyrants of the Arab world. Al Jazeera’s informed coverage has almost single-handedly provided a credible, sober antidote to the hysterical whining of the Fox News clowns and lesser species of nuts.

Much has been made of the impact of social media on the effectiveness of the mass movements. In Egypt, the Google executive Wael Ghonim has been widely lauded as a hero. The April 6 Youth Movement, has been a spearhead in the use of Facebook, Twitter and blogging. Flickr and Youtube have been used to distribute powerful imagery from the streets. However, as has been pointed out here at Left Flank and in my recent Overland post, the roots of the revolution in Egypt and the nascent struggles in other areas of the region are firmly grounded in the time-honoured causes of mass dissent: social inequality and political oppression. In Egypt, Tahrir Square was the culmination of years of agitation by the urban poor and low paid workers who defied the state controlled trade unions in campaigns of sit-ins and strikes. The people of the Middle East are rising up because they want a better, fairer political and economic system. Social media may be the accelerant of change but it is not the key driver.

The burgeoning of mass popular activism in the Middle East is a powerful foil to the impact of Wikileaks. Together these forces are transforming the way governments and corporate interests think and act. The old strategies are no longer effective and events are moving so quickly that these monolithic power bases are struggling to find ways of countering the momentum for change. Wikileaks has given citizens everywhere direct access to information that reveals the inner machinations of business practices, diplomatic and military strategy and the actions of key individuals in the management of global affairs. Machiavelli’s political philosophy is under cross-examination in the court of public interest in democratic and not-so-democratic nations. The mass media has been riven by Wikileaks as it too struggles to reconcile its avowed allegiance to the principles of free speech and open societies with the need to protect the corporate interests of its proprietors.

Western political activists and concerned citizens who were deeply disappointed by the ineffectiveness of the world wide and historic demonstrations against the invasion of Iraq in 2003 must be somewhat agog at the efficacy of their Arab counterparts. And yet we can find encouragement in the mass demonstrations by workers and students taking place in the UK as people refuse to accept “austerity measures” imposed by the governing coalition. In the US, trade unionists are protesting in Wisconsin against cuts to public service sector wages and conditions, including attacks on collective bargaining rights.
These mass movements are non-sectarian in character. In Egypt they are fiercely nationalistic. The national flag was the key symbol of the first stage of the revolution because it was the one which united the people, trumping religious and political differences. In the UK and US the movements are decidedly not nationalistic, but coalescing around issues of social justice and equity. In the US, it will be intriguing to see how the battle for symbolic ownership of the stars and stripes play outs between Tea Party/Republican forces and emergent progressive movements like US Uncut.
The return of non-violent strategy
In the streets, it is the political philosophy of Mohandas K. Ghandi that provides the historical legacy of the non-violent strategy that has been so effective in winning over the support of the populations and in making the blunt tactics of oppression vivid in the eyes of a world mesmerised by what determined, focused and fearless people can achieve.


The Serbian student activist group Otpor! (Resistance!) was a significant influence on the organisation of the Egyptian revolution. Formed in 1998 with the aim of overthrowing Milosevic, the movement developed a range of effective strategies to circumvent the ban on public protest. As the movement gained momentum its tactics became more militant but retained its essentially non-violent character. Like the movements in the Middle East, Otpor! was unequivocally opposed to reformism. Its singular goal was the removal of the regime. Once the regime was removed meaningful change could begin to be implemented. We see the same strategic enterprise underway in Egypt. The Otpor! clenched fist logo has been adapted for use by Egyptian activists. Following the overthrow of Milosevic, Otpor! was criticised for having received funds from US sources, including USAID, and of having taken advice from for retired US Army Col. Robert Helvey, a colleague of American academic Gene Sharp whose writing on non violent strategy have been widely influential. Significantly, Otpor! was most successful in its early form as student movement and soon lost influence in the post-Milosevic era when it ran for office.

Otpor! members went on to establish Centre for Applied Nonviolent Action and Strategies (CANVAS), a sort of university for non violent political action in Belgrade and in the summer of 2009 Mohamed Adel, a 20-year-old blogger and April 6 activist, learned how to train and organise people of the streets. Back in Egypt the lessons were adopted by the April 6 Youth Movement and another group, Kefaya. Tahrir Square was the proving ground of the CANVAS tactics as Egyptian activists worked them into the spontaneity and energy erupting on the streets of Cairo and Alexandria and then across the nation.
From his academic post at the Albert Einstein Institute, Sharp provides a convincing theory of power relations and the state as well as an outreach program to assist activists in the field. Sharp’s analysis of state power goes like this: Power is not monolithic. Rather than lying intrinsically with the hegemonic entity, of any political persuasion, power is effectively conferred upon the powerful by the powerless who abide by the rules set by the regime. If the powerless refuse to follow the rules, the power relations shift and the regime falls. It is, in a sense, a form of cultural deception in which the ruler constructs himself as omnipotent by acting with unilateral cruelty. Obedience is managed through systems and institutions of reward and punishment. Again, Wikileaks plays an important role in exposing the structures and methodologies of neo-corporate power hubs. Inspired by the work of Ghandi and the writing of David Henry Thoreau, Sharp’s books have become manuals for non-violent activism around the world. Sharp has attracted criticism from all quarters. He has been condemned by Hugo Chavez and accused of having CIA affiliations, and yet his work has drawn praise from those who have worked closely with him in implementing his ideas. Sharp’s  purported influence on the Egyptian revolution has been questioned by Arab activists, while Sharp himself has played down such claims.
Prospects for Australia: Lost in translation?
It would be wrong to analogise the Australian situation with that of the Middle East and North Africa or even the USA and UK. Australia has, to date, remained relatively immune from the negative impact of the GFC, unemployment remains low, as do inflation and interest rates. In a rather false conception, citizens have come to equate the responsible management of government finances with that of their own domestic budget. The general climate of austerity makes it easy for neoliberal forces from all sides of the parliamentary debate, including the Greens, to implement cost cutting measures in the name of responsible governance. 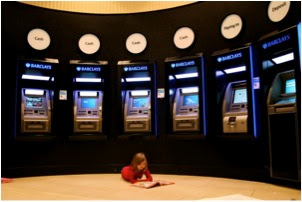 What is lacking is an open debate on the distribution of wealth and power in society. This is nowhere more needed that in NSW which has, in effect, been under a regime of crony capitalism for years. The NSW ALP will answer to the people at the March election but, of course, a change of government will not see a significant shift in power relations. The corporate and ”other” interests that have so fatally infected the NSW polity are simply preparing for a new management team but the business remains the same. Expressed in simple but accurate terms, information that vividly illustrates the abuse of power could be used to alert the broad mass of citizens to the systemic inequities they are subject to. I’m not talking here about dumb TV ads or clumsy propaganda. There have been some excellent examples of this kind of frank and fearless advice to the citizenry in the UK and US, especially around the issue of corporate tax avoidance and in Australia GetUp! has played an important role in campaigning in specific issues. But more is needed. The structure of state power and the distribution of wealth must be publicly scrutinised.

While economic circumstances remain relatively prosperous and overt political oppression virtually absent from the public eye it is highly unlikely that Australians will take to the streets. That being the case, the political battleground tends to gather around highly charged socio-cultural issues like refugees, immigration and racism. These issues are used very effectively by neoconservative forces to appropriate the allegiance of vital sections of the working class who do hold entrenched views on these matters. Howard was a master of dog whistling to these citizens and Abbott is proving himself a worthy apprentice to the sorcerer with Scott Morrison as his go-to man.
The pressure point in Australian politics lies in the zone between the burgeoning left wing electorate recently attracted to the Greens and those sections of the working class currently under the sway of neoliberalism. The largely urban, middle class Green cohort is remote from the cultural and socio-economic interests of a fractured working class and until this gap is bridged it will be difficult to bind the Left into a cohesive, effective force against the combined influence of the ALP and Coalition. A split between the ALP and large sections of the union movement could provide an opportunity for constructive engagement between the Greens, especially those aligned with the traditional Left agenda, and workers who wish to engage in revitalised forms of direct action against corporate power. The success of the anti Work Choices campaign proved the capability is there when given a focus.

For the foreseeable future, this remains an unlikely scenario but, as current global events illustrate, change can happen swiftly and unexpectedly. The lesson for Australian activists to take from the Arab uprising and actions in the UK, US and Europe, is to be prepared. A campaign of simple, direct information about the construction of power relations in our country could be a good place to start. Change can arrive leaderless, energised and urgent but only when the groundwork has been done.