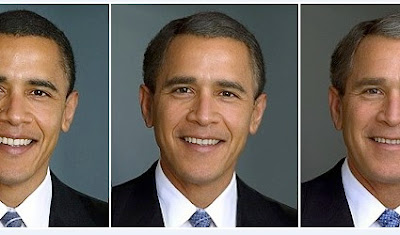 Last time at Left Flank we noted that key neoconservative ideologues had encouraged the Obama administration to take action in Libya so that the United States could outflank the Arab revolutions by spreading its particular version of democratic reform. Stephen Walt, one of America’s most prominent realist foreign policy thinkers*, has suggested we shouldn’t be so surprised that this kind of thinking gets a run in the new, improved, liberal White House, because the ideological gap between neocons and liberal interventionists is not as big as you might think:
The only important intellectual difference between neoconservatives and liberal interventionists is that the former have disdain for international institutions (which they see as constraints on U.S. power), and the latter see them as a useful way to legitimate American dominance. Both groups extol the virtues of democracy, both groups believe that U.S. power — and especially its military power — can be a highly effective tool of statecraft. Both groups are deeply alarmed at the prospect that WMD might be in the hands of anybody but the United States and its closest allies, and both groups think it is America’s right and responsibility to fix lots of problems all over the world. Both groups consistently over-estimate how easy it will be to do this, however, which is why each has a propensity to get us involved in conflicts where our vital interests are not engaged and that end up costing a lot more than they initially expect.

So if you’re baffled by how Mr. “Change You Can Believe In” morphed into Mr. “More of the Same,” you shouldn’t really be surprised. George Bush left in disgrace and Barack Obama took his place, but he brought with him a group of foreign policy advisors whose basic world views were not that different from the people they were replacing. I’m not saying their attitudes were identical, but the similarities are probably more important than the areas of disagreement. Most of the U.S. foreign policy establishment has become addicted to empire, it seems, and it doesn’t really matter which party happens to be occupying Pennsylvania Avenue.

So where does this leave us? For starters, Barack Obama now owns not one but two wars. He inherited a deteriorating situation in Afghanistan, and he chose to escalate instead of withdrawing.  Instead of being George Bush’s mismanaged blunder, Afghanistan became “Obama’s War.” And now he’s taken on a second, potentially open-ended military commitment, after no public debate, scant consultation with Congress, without a clear articulation of national interest, and in the face of great public skepticism. Talk about going with a gut instinct.

There is a consistent logic to this approach of reproducing US relations of domination, which those on the pro-intervention Left want to dismiss by taking pot shots at what Guy Rundle calls “an archaic theory of imperialism, formed in the era of the Belgian Congo, and solidified, if not petrified during the decades of the Cold War.”
Of course the logic of imperialism can lead to imperial mis-adventure, but to imply (as Guy does) that its manoeuvres are based mainly in “ideological fantasies, obsessions, self-delusions [that] might motivate action” is to rely much too heavily on sheer contingency rather than social relations as the basis of explanation. In order to acknowledge but then set aside the depressing repetition-compulsion of Western military adventures ending in oppression and large-scale bloodshed, he inserts a disembodied idealist worldview in place of hard analysis of the social content of power relations. It leads him to make wild voluntarist claims about the ability of a marginal Western Left to deploy its “audacity” to affect national foreign policy, as if our rulers’ motives and actions are so easily changed by subaltern pressure, rather than explicable through the class interests they promote (if in a mediated fashion).
Modern theories of imperialism — which Rundle studiously ignores to construct his case that they are mired in some past era — recognise the dynamic of competitive relations between major national capitalisms wrestling over systems of control in economically and politically vital regions. Moreover, such analyses identify the increased competition caused by the disruption in circuits of capital accumulation in the Great Recession as both sharpening inter-state rivalry and provoking resistance from below that threatens to uproot relations of domination at both national and regional levels.
When you have a big hammer the whole world looks like a nail
Walt, in no sense a Marxist but recognising patterns of great power behaviour, has the good sense to point to the dangers of mission creep in Libya that result from the United States’ need to project itself as the world’s most important guarantor of stability.
Despite Obama’s declaration that he would not send ground troops into Libya — a statement made to assuage an overcommitted military, reassure a skeptical public, or both — what is he going to do if the air assault doesn’t work? What if Qaddafi hangs tough, which would hardly be surprising given the dearth of attractive alternatives that he’s facing? What if his supporters see this as another case of illegitimate Western interferences, and continue to back him? What if he moves forces back into the cities he controls, blends them in with the local population, and dares us to bomb civilians? Will the United States and its allies continue to pummel Libya until he says uncle? Or will Obama and Sarkozy and Cameron then decide that now it’s time for special forces, or even ground troops?

And even if we are successful, what then? As in Saddam Hussein’s Iraq, over forty years of Qaddafi’s erratic and despotic rule have left Libya in very poor shape despite its oil wealth. Apart from some potentially fractious tribes, the country is almost completely lacking in effective national institutions. If Qaddafi goes we will own the place, and we will probably have to do something substantial to rebuild it lest it turn into an exporter of refugees, a breeding ground for criminals, or the sort of terrorist “safe haven” we’re supposedly trying to prevent in Afghanistan.

But the real lesson is what it tells us about America’s inability to resist the temptation to meddle with military power. Because the United States seems so much stronger than a country like Libya, well-intentioned liberal hawks can easily convince themselves that they can use the mailed fist at low cost and without onerous unintended consequences. When you have a big hammer the whole world looks like a nail; when you have thousand of cruise missiles and smart bombs and lots of B-2s and F-18s, the whole world looks like a target set. The United States doesn’t get involved everywhere that despots crack down on rebels (as our limp reaction to the crackdowns in Yemen and Bahrain demonstrate), but lately we always seems to doing this sort of thing somewhere. Even a smart guy like Barack Obama couldn’t keep himself from going abroad in search of a monster to destroy.

This is not a mission creep that mainly emerges from personalities or bad policy ideas (although they always play a role). Rather, it is the behaviour of a superpower that remains top dog militarily, but has grown relatively economically weaker and politically less credible as time goes on — forced to rely on that big hammer to manage its global affairs above all else. This is not about the monolithism of imperialism — although to miss the militarily monolithic character of great powers is to deny their great power-ness. Rather, it is to recognise that what drives their actions is a perverse and brutal kind of rationality, although one embedded within an irrational system of competitive accumulation.
* Thanks to Kevin Ovenden for the link to the Walt article