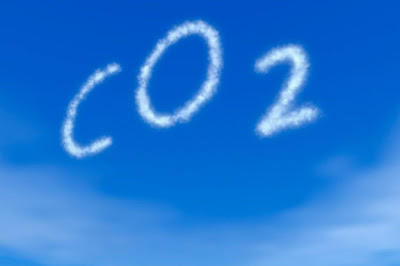 A most curious thing happened that continues to shape mainstream political debate in this country. In the lead-up to the 2007 election Kevin Rudd campaigned strongly on winning a mandate for taking real action on climate change, skewering the inaction of the Howard Government as proof that it had failed on the “greatest moral challenge” of our age. Yet the incoming government also settled on an emissions trading scheme (ETS) as its central and primary initiative to achieve this action.

I’m sorry, what was that again? Yes, in order to deal with the catastrophic failure of global markets to account for and adequately address the questions of environmental pollution and climate change the ALP would introduce another market.

Any manner of arguments have since been made as to why the ETS did not get off the ground — at first it was all Malcolm and Tony’s fault for not implementing their agreement, later Penny Wong was to blame for not “selling” the CPRS well enough to the Australian people, the Greens for “irresponsibly” refusing to vote for it, and finally Kevin Rudd’s fault for moving ahead in Australia when the rest of the globe was not coming with us.

However it was not the efforts to locate a scapegoat that were most bizarre, it was that there was barely a whimper at the ridiculously inadequate nature of the ETS proposal itself. Not only was there insufficient evidence an ETS would result in the wide scale changes to behavior required to reverse climate change, but there was a substantial body of evidence that the extension of markets in the neoliberal era have singularly failed to offer protections or justice in the social arena (whether that be in relation to other environmental questions or areas such as poverty and health).

More worryingly, many of the same organisations and individuals who were only a decade ago involved in a global movement in rejection of the market as the appropriate mechanism for ensuring global equity, were now at the forefront of arguing for the adoption of an ETS (or more recently Gillard’s interim carbon price).

Only a brave few have been willing to say that markets would not be the solution to the climate change crisis, and it has taken enormous strength for those bodies (like Friends of the Earth) to go against the mainstream environment groups to argue that a way must be found that does not settle for the false hope of market based mechanisms.

But didn’t we reject this neoliberal thing?

I used to think these kids talking about the environment were just wingnuts. Now I think they are part of the big ‘us’, the us that’s going to have to change the world.
Doug Sabin, Seattle Protester

From 1999 to 2002, protests tore across the developed world in places as diverse as Seattle, Melbourne, Davos, Prague and Genoa. The movement went by many names, but was often referred to as the Anti-Globalisation Movement (in the media) and the Global Justice Movement (amongst activists). For participants in this movement, the term “globalisation” was not something that simply signaled the greater interconnection of the global economy, but rather a pejorative phrase that viewed actually existing globalisation as a process whose trajectory was underpinned and coloured by the neoliberal and “free trade” project.

In a twin movement in the Global South, which occurred over an even longer time frame, ordinary people from landless peasants to the urban poor contested the implementation of the neoliberal agenda and in particular what was known as the “Washington Consensus”. The Washington Consensus was a term adopted in 1989, which described an economic and development model of ten “items” that the Washington elite was in agreement over and that it felt should be implemented in almost all Latin American countries. The criteria included trade liberalisation, fiscal discipline, and privatisation and deregulation of state run sectors. The implementation of this “consensus” was contested and bore fruit in what came to be known as “IMF riots”, where ordinary people dissented to the imposition of an economic model that destroyed local economies, privatised services including education and health, and redistributed wealth to local and international elites.

In the North and the South people criticised the reliance on markets and the neoliberalisation of the international economy. As Subcommandante Marcos, a spokesperson for the Zapatista’s indigenous people’s movement in Chiapas Mexico, stated:

What is happening in the mountains of the Mexican southeast that finds an echo and a mirror in the streets of Europe, the suburbs of Asia, the countryside of America, the townships of Africa, and the houses of Oceania … May the … continents speak and everyone listen. May humanity suspend for a moment its silence of shame and anguish.

May humanity speak. May humanity listen. Each country, each city, each countryside, each house, each person, each is a large or small battleground. On the one side is neoliberalism with all its repressive power and all its machinery of death; on the other side is the human being. … Any man or woman, of whatever colour, in whatever tongue, speaks and says to himself, to herself: Enough is enough! Ya Basta!

The Global Justice Movement threw ruling elites on the back foot, if only temporarily and by the middle of the noughties these protests had slowed on the streets. But it was not long before the GFC arrived to challenge the ability of neoliberalism to deliver on its false promise. The Global Justice Movement had highlighted the inability of neoliberalism to improve the lives of the poor and disenfranchised, but the GFC demonstrated that neoliberalism could not even deliver on its other promise of an economic system free from crisis.

Neoliberalism was the very thing meant to ensure the 1970s economic crisis did not occur again, and yet delivered the greatest economic crisis since the Great Depression.

So when did this neoliberalism thing start?

The end of the long post-war boom in the economic crisis of the 1970s created a questioning of what might be possible in terms of global economic growth and stability. The crisis saw a period of stagflation, a term to describe when unemployment and inflation increase at the same time (dispelling the orthodoxy that the two adjust against each other). A “resolution” to this dilemma was found in the replacement of the (only just discredited) neo-Keynesian framework with a neoliberal agenda. While in the Global South the Washington consensus was imposed in part from the outside (although usually with some form of domestic elite consent), a similar project existed in the Global North — known as Thatcherism in the UK and Economic Rationalism in Australia — and was implemented by governments with general political consent. Frank Stillwell has argued in Social Alternatives Journal that neoliberalism was driven globally by a New Right obsessed with open markets and small government:

As Stillwell indicates, neoliberalism did not just happen – it was argued for and lobbied over by the most powerful economic sectoral interests of the globe. This is what led David Harvey to argue that the neoliberal project is in fact an explicit project to restore class power to ruling elites. The chief achievement of neoliberalism has been that the redistribution of global wealth into the hands of elites and levels not seen since the 1920s, just prior to the Great Depression. Not since then has the wealth and wage gap between the richest and poorest within nations been this great.

Just stir in a little more ‘state’ with the ‘market’?

It is for this reason that we shouldn’t accept a continuation of the current system, which has been documented to be a system that is structured on the premise of keeping the poor poor and increasing the wealth of the rich (see here, here and here).

So when Kevin Rudd railed against neoliberalism in The Monthly, arguing it leads to “extreme capitalism” and markets operating unchecked, we must welcome that criticism but also be cautious. Yes neoliberalism and unchecked markets were responsible for the GFC (in particular through sub prime lending and the collapse of asset bubbles in the US), however it is not the case that stirring in a little of “state” with the “market” will see a radical difference in the way in which society is run. 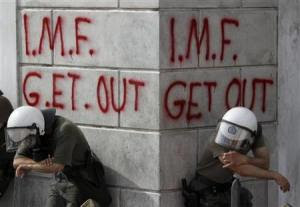 Moreover, let us not think that the intention of the government (or their climate “experts” such as Ross Garnaut) is for some kind of softer and cuddlier market that will be strictly and tightly controlled ensuring just outcomes and dealing with the question of climate change. As Paddy Gibson pulls out of Garnaut’s words, action on climate change will:

“build on the national reform agenda” in the energy sector, one “of national competition policy and progressive privatisation”. [Garnaut] argues for the sale of existing government electricity assets and for complete price deregulation. He warns that “Australian distrust of markets” could lead to a “second guessing of the market”. Public investment must be restricted to funding for research and its “commercialisation” to avoid distortion of the ETS.

In this vein, a carbon price will not be a progressive reform in the interests of humanity, but the extension of neoliberal principles into the creation of new markets propped up by payoffs to corporations to ensure profitability along side some “compensation” to ordinary people (at least in the short term) to ensure they are not scared off.

So forgive me if I can’t seem to bring myself to attend Get Up! rallies in support of introducing carbon pricing, or have little interest in changing my Facebook status to urge the passage of a Carbon Tax. I don’t see these initiatives as a solution and something is indeed not better than nothing when the predictable consequence is increased profits for the already wealthy off the back of ordinary Australians, while price signals fail to alter social behaviour on the scale necessary to ensure we avoid climate catastrophe.

The paucity of what is on offer is a significant failure, as despite over a decade since neoliberalism was named as the cause of starvation and horror around the world we are again being asked to settle for more of the same rather than “real change”. Again, not only is there no evidence to support the claim that the introduction of national or global carbon market will be able to deal with the climate challenge we have in front of us but there is ample evidence that such a market will see new concentrations of wealth available to global elites.

Ultimately these elites, and many others who do what to see real and substantial change, talk about markets as if they are self-sustaining entities. Markets become reified — they become things in themselves — and not clearly identified for what they are: the sum of the social economic relations that exist in society. Markets don’t float free managing us, we in fact create markets and determine how they should operate. The call from progressive people who want to see real action on climate change should not be for further tinkering at the side of the neoliberal system, but for the direct and significant intervention of governments.

As to the criticism that markets are the best allocators of resources, and government intervention gets in the way of this…well yes it is true from the perspective of those who reap the benefits. If we want to end the continued reallocation of wealth to global elites, the great suffering of the global poor and starving, and deal effectively with the climate crisis, it is about time be said Ya Basta! to neoliberalism.