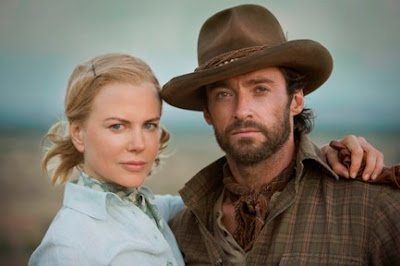 In reading Alex Callinicos’s article ‘The Limits of Passive Revolution’ in Capital & Class, I have found myself diverging off in to some reading about the role of the state in capitalist development in Australia.
A common view I encounter is that the period prior to the Great Depression was one of a classic liberalism (i.e. a limited state preceding the rise of Keynesianism and ‘big government’, and later the expansion of the welfare state). Variously people have argued that in this period capitalism was relatively unchecked, unregulated, and that the state was ‘small’, or even ineffective.

Contra this, the state in Australia has always played a central role in capitalist accumulation given there was no need for a bourgeois or passive revolution as British capitalism simply bulldozed over a small (indigenous) population not even engaged in pre-capitalist modes of production. I have wondered if, given Australia is a colonial settler (sic) state, the state historically played an even more central role than in countries where the system of production was revolutionised from feudalism to capitalism.
In Brian Fitzpatrick’s book The British Empire in Australia: An Economic History 1834-1939 (MUP 2nd Edition (revised and abridged) 1949) he discusses the role of the state noting that the Australia in the first half-century of white-settlement was primarily a state-supported penal settlement. From 1834 the extensive imported capital (utilised chiefly in wool production and related industries) rapidly moved the colony from this former mode to ‘the character of British private instead of public enterprise’.
Fifty years after the Forbes Act of 1834, which saw investors in Australia ‘relieved’ of their obligations to observe British usury laws, two thirds of a total of £75 million invested in British colonies was invested in Australia and New Zealand.  India, Sri Lanka and the Straits Settlements had attracted about £260 million, and Australia and New Zealand £260 million. Tribute from India and the Straights was £13 million, Canada £5 million and Australasia £10.5 million in 1884( and £17 million in 1914). It is in this period of investment and expansion (1834-1939) that progressively more accumulated wealth did not return ‘home’ to Britain, but was reinvested locally. That is, this process laid the foundations for a local capitalist class increasingly independent of Britain.
Fitzpatrick argues that before 1834 the role of the Australian state was to provide British capital with ‘free land and labour’ in Australia. Since that time, after facilitating the importation of capital, its role moved to one of providing services and infrastructure to support capital accumulation.
He argues the state in Australia in this period had four key functions, and was not called on to play significant roles outside these:
One wonders in reading this, with the exception of the development of the welfare state through the long boom (which is now under threat), how much has changed fundamentally in Australia?
Anyhow, back to the passive revolution…