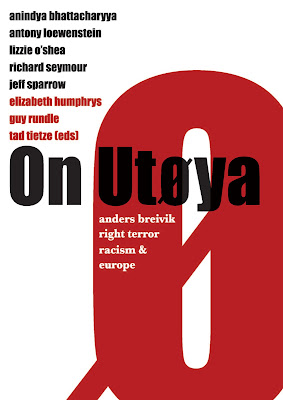 Come and help celebrate the launch of our e-Book!

305 Cleveland Street. Cnr of Cleveland and Walker Streets. See a map of the location here.

We are appreciative that the book will be launched by:

Contributors to the e-Book:

Anders Behring Breivik’s murderous rampage on Utøya Island cannot be understood abstracted from the social and political conjuncture in which it emerged. The rise in far Right, racist and Islamophobic commentary, websites and organisations provide an essential context in which Brevik’s ideas developed and his actions were planned. On Utøya: Anders Breivik, right terror, racsim and Europe looks at this social context, the reaction to the event by far Right commentators, and what is needed in a Left strategy to deal with the growing threat of far Right organising.