A number of myths have shaped Australia’s national identity in profound ways. The possibility of a vast inland sea saw many early settlers search the interior of the country unfruitfully, often meeting an untimely death. The kernel of this myth was a 1798 report to the Colonial Office by First Fleet botanist Joseph Banks:

It is impossible to conceive that such a large body of land, as large as all Europe, does not produce vast rivers, capable of being navigated into the heart of the interior, or, if properly investigated, that such a country, situate in a most fruitful climate, that should not produce some native raw material, of importance to a manufacturing country as England is.

Subsequent searches lasted until the mid 1800s, and informed the modern myth of a nation of noble explorers attempting to cross the Blue Mountains. Yet as Banks makes clear, it was the economic benefit of new materials for an emergent industrial Britain that was primary in his thoughts.

The myth of terra nullius is the weightiest of all the myths. Australia was not a vacant land, but a homeland of others requiring invasion and conquest. This lie continues today despite the 1992 High Court judgement that an unbroken line of ‘ownership’, which predated 1788, has been proven.

Australia, we are still told, ‘was born peacefully, without revolution or civil war’ (Australian War Memorial website). Yet as the course of Australia’s economic development shows, the subjugation of the indigenous population was a necessary pre-requisite to the introduction of widespread wool production and farming.

Today is a day to recall the profound and deleterious impact of invasion on the many Aboriginal communities that were here first. Always was, always will be, Aboriginal land. 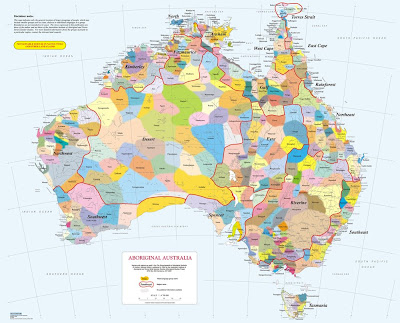