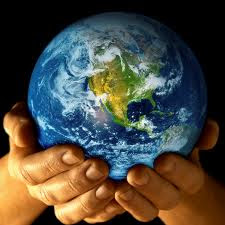 Among progressive environmental thinkers it has become de rigueur to attack economic growth as the main problem leading to ecological destruction and runaway climate change. The argument is put with certain variations, but the central theme is always the same: economic growth is infinite while the planet is finite, and so we cannot afford to keep going in this direction.

The “growth fetish” has also been attacked in a particular critique of neoliberal ideology, which tends to equate GDP growth and increasing consumption with human wellbeing. Contra the thesis of homo economicus, there are masses of data indicating that in rich nations “prosperity” (more broadly understood) cannot be read off headline growth figures. In The Spirit Level, Wilkinson and Pickett demonstrate that in rich countries raw GDP figures have little association with a wide range of health and social indicators, and that the latter are much more closely related to economic equality. Whereas neoliberal thought would have us believe rising inequality is a small price to pay for economic growth “lifting all boats”, in fact even well-off people in more unequal societies suffer from greater problems than their peers in more equal ones. This association even holds true for countries’ action on climate change, which (it is argued) is impeded by more individualistic, consumerism-oriented social organisation.

Some of this approach is expressed within the Greens’ key economic policy statement, which says the party would:

32. implement triple bottom line accounting measures at all levels of government to incorporate social, environmental and financial impacts into policy development and assessment.
33. introduce broad measures of genuine national progress to supplement the current measures of GDP, including the production of a comprehensive national balance sheet that reflects this.

The Greens and steady-state economics

These are quite mild policy statements about growth compared with the growing influence of zero-growth advocates inside the environment movement. The “steady-state economy” ideas of Herman Daly have most recently been popularised and adapted for the current era by UK academic Tim Jackson, a speaker at the party-aligned Green Institute’s Green New Deal conference late last year. As a recent SMH feature on the Greens’ economic ideas noted:

With control of the Senate looming, Brown at first seems hesitant to discuss these ideas, too. Only when prompted does he concede that Daly’s and Jackson’s ideas on steady state economics are central to the Greens’ worldview. “Conventional economics that calls for infinite consumption of a finite resource is absurd,” Brown says.

But, as the article points out, the Greens don’t have a socialist vision of economic transformation. And neither do Daly and Jackson, instead seeing the need to transform capitalism to run at negligible growth rates while providing acceptable living standards.

In light of this, the SMH points to the contradiction embodied in the Greens’ decision to support the Rudd stimulus package in order to save jobs. Indeed, the Greens have been more enthusiastic about spruiking the virtues of the stimulus than Gillard, who has been too caught up in neoclassical orthodoxy to mount a consistent defence of public spending. Recession is one of the most proven ways of retarding the rise in emissions—with the Russian depression of the 1990s representing the biggest cut in emissions in the modern era. However, the Greens have a social agenda that forbids such a brutal path to climate action.

But is “steady-state” capitalism achievable outside academic journals? There are good reasons to think not, and certainly not by design. Let’s return to why GDP is the current measure of prosperity under capitalism. It is not because someone, way back when, thought this was a good idea. Rather, it is because the figure represents the growth of value in an economy in a set time period.* Capitalism is about the accumulation of capital (as measured by value and circulating as money, commodities, or means of production), and this accumulation is driven by competition between units of capital. Value is the nexus of the system, because this is what is compared in competition. To force capitalism to start comparing wellbeing or environmental protection or whatever else is involved in “triple bottom line” accounting would make it not-capitalism.

At one level, calls for a new system of measurement make excellent propaganda, contrasting the blind priorities of markets with a saner society. But implementing them within the logic of capitalism creates a pressure to reduce qualitative social goods into quantitative worth as values. This is what is meant by “internalising externalities” in neoclassical economics, where some non-capitalist factor is reduced to a price signal to effect changes in how markets work (e.g. “putting a price on carbon”). I will discuss the issue of markets further in part 3, but suffice it to say that this represents a victory of market logic over social and environmental goals rather than the other way around.

So if you can’t do without GDP under capitalism, can you slow it to zero growth, apart from in recession, with its attendant human costs (and if this global crisis is anything to go by, also the abandonment of climate action by the main economic powers)? The problem comes back to competition, which is the key driver of the system. Each capitalist entity sees the need to expand more quickly than its rivals in order that it can outstrip them in the marketplace. It does this chiefly by investing in labour-saving technology to produce each unit more cheaply and thereby capturing a larger share of the market.

This is what makes capitalism the “perpetual motion machine” that Greens and environmentalists rightly criticise. This is also what drives the continual consumption of natural resources in the service of accumulation. For steady-state economics the hope is that profits get turned into savings, which are then sat on (and redistributed more fairly) rather than reinvested to expand value. But competitive pressure, which each capital experiences as external to itself, forces continued reinvestment as long as there are profits to be made. As Marx puts it in Capital:

Accumulate, accumulate! That is Moses and the prophets! “Industry furnishes the material which saving accumulates.” Therefore, save, save, i.e., reconvert the greatest possible portion of surplus-value, or surplus-product into capital! Accumulation for accumulation’s sake, production for production’s sake: by this formula classical economy expressed the historical mission of the bourgeoisie…

Any attempt to introduce the principles of steady-state economics would require a force external to capitalism to negate competition and therefore negate markets. Yet the thinkers behind steady-state economics clearly see their vision as a continuation of capitalism, with no threat to class structure or elite control of production decisions. They even argue that wages will be cut, although so will working hours. Goodness knows where democracy (even the stunted kind we get now) will fit in with such an arrangement.

Yet there is a radical kernel at the heart of the steady-state thesis: it challenges the irrationality of “really existing capitalism”. The logic of the system is for units of capital to compete and accumulate blindly, to treat nature as a “free gift” to be vacuumed up in the quest for profit, to engage in wasteful production on a grand scale in the name of wealth creation, to waste further resources on grabbing extra market share through financial speculation, advertising and military competition, and to fall into periodic crisis. One can imagine that a truly democratic society, where economic, political and social decisions were all under collective control, would achieve something close to a steady state, because human need (as opposed to the need to maximise profits) would dictate a profoundly different relationship with the rest of nature.

I think that is what many in the Greens hope for when they attack the “growth fetish”. But because society as a system is a “black box” for them, they cannot envisage anything other than a variant on existing capitalism. This explains the adoption of neoclassical and other orthodox economic ideas—or their “steady-state” variants—by leading Greens thinkers. It also accounts for the party’s increasing attraction to slowing population growth as one way of stemming economic growth as part of a zero-sum game (not realising that cutting numbers of people may have little effect on GDP growth as capitalists find new ways to expand production).

Finally, it illuminates the Greens’ strange inability to reclaim even mild social democratic ideas about state intervention for the public good.

In part 3: The Greens go to market

*Value, it is vital to note, is not (as Richard Denniss puts it) “a measure of how much stuff we buy and sell”—at least not directly. Under capitalism productivity improvements lead to values and physical quantities diverging, once inflation is accounted for (e.g. computers are much cheaper now than they were 10 years ago, so their unit contribution to GDP is less).