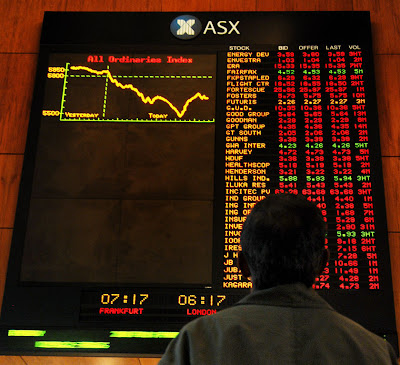 Saturday’s result can be viewed as a great exercise in democracy — or a poor second-best outcome. The independents now crucial to who forms Australia’s government would tell you it’s the former. Commonsense leans to the latter interpretation.

As one might expect, the lack of a clear winner in Saturday’s federal election has led to much discussion of the democratic processes that delivered such a result, and whether it was “a good thing”. Most prominent have been suggestions that this was a bad result because it has created “instability”, which is hurtful to “the national interest”. It’s never quite made clear but the national interest seems to be whatever is synonymous with what business needs to do business, and “the markets” have been sending clear messages about the need to speedily resolve the deadlock, including a brief dive in the value of the dollar. Key corporate leaders have also been explaining how Greens influence is a bad thing, how they have already “factored in” a Coalition win, and that they expect the mining tax to be scrapped.

But because the result, in some distorted sense, reflects the “will of the people”, most commentators have been more circumspect in their argument for an outcome that is to their liking. Of course it doesn’t stop them proffering helpful advice to potential troublemakers like the Greens, such as the need to curtail internal party democracy so that MPs have more freedom to make decisions in contradiction to the party’s policies and principles. While the Greens’ grassroots approach is praised for differentiating them from the major parties, it also must be jettisoned if they are to be major players.

On the Left, the excitement about the big Greens vote has quickly dovetailed into the possibilities of minority government, an idea that has been played up by the three conservative independent MPs. Suddenly there is joyous talk of an end to “politics played along rigid adversarial lines”, as if the problem with our system was too much difference between the major parties, or that greater consensus between them would somehow resolve their lack of legitimacy in the eyes of the electorate. Anyhow, the idea that three rural MPs should be kingmakers when they represent a small fraction of the national vote is a perverse interpretation of democratic ideals.

Each of these views treats politics as an elite game that occurs behind the back of democracy, one that

the mass of people have no right to control apart from a few atomised minutes in the safety of a polling booth cubicle. Participation begins and ends on a single Saturday every few years, and the rest of the time we have to be happy with letting those we elected misrepresent us. The general acceptance of compulsory voting also serves to mask the anger and bitterness that many ordinary people feel towards the major parties. There have been unsavoury attacks on poorly educated and migrant voters for voting informally in large numbers in western Sydney, but while this is an anti-political rejection of the current system, it is not a passive act as some have tried to paint it.

The rise of the Greens has, however, given new vigour to the idea that the process of democracy should better reflect the will of the people. Here is a party that got over 11 percent of the vote but only 0.7 percent of the lower house seats. It seems likely the Greens will try to push their long-held policy of proportional representation, perhaps along the lines of the Tasmanian model that gave them a serious foothold in that state as early as the 1980s.

There is no question that such a system would produce seat numbers more reflective of votes and in the current circumstances would favour the Left. But by focusing on process issues, it glosses over more fundamental causes of our democratic deficit. The crisis of political representation operates in many rich nations that have more proportional electoral systems and routinely experience coalition governments. The deeper malaise, I would argue, operates at two levels.

First, the narrowing of the programmatic gap between the major parties represents the victory of a political project that has been run in the interests of the capitalist elite (“neoliberalism”) and gives voters very little real choice. Until the rise of the Greens the voting public were faced with a statement of “there is no alternative” whenever an election rolled around. Furthermore, whenever governments got rolled because of rejection of their agendas, their replacements would simply continue the project despite having run on rejection of “reform fatigue” and promising a more “relaxed and comfortable” future. Perhaps most insidiously the party that had the deepest institutional and ideological ties to the working class used those connections to drive the most brutal attack on working class living standards in the post-WWII era, thus robbing the majority of people of a party committed to defending their interests.

Secondly, there is the question of how far states can act to reverse this elite project. I think there is a good case to be made that — even if it wanted to — a government would have a hell of a job getting the neoliberal state to act like an old-fashioned post-WWII welfarist state. That doesn’t even address the question of whether states are, in general, malleable to the popular will or whether, as Marx and Engels opined, they are but the executive committee to manage the common affairs of the whole bourgeoisie.

The current noises being made by “the markets” in the name of stability suggests that commodity traders and CEOs view states very much in that frame. These are important questions for the Left to address and think through. One can see the dangers in the pressure on the Greens to toe the stability line already. Such a view implicitly forces the Greens to temper the platform on which they were elected (with a record vote) and to abandon their constituency in favour of the needs what the majority voted for (or rather didn’t really want to vote for). Such an approach would represent surrender to the limited reach of democracy and the unconscious emasculation of visions for social change.

Transformational change or more of the same?

But let’s not have illusions that transformational social change, which the Greens were promising at their campaign launch just weeks ago, will be easy. Powerful elite forces both inside the business class and the state will be arrayed against such projects. Just look at the campaign waged by the mining barons and Murdoch media over the RSPT, and how it translated into the assassination of a prime minister as his party’s standing in the polls was recovering the longer he held firm on the issue.

We are seeing a replay of those dark machinations now as the independents feel the heat to deal with Abbott because he allegedly won a mandate despite managing only a derisory swing towards the Coalition. It is well to recall that the UK election result also produced a hung parliament and that progressive golden boy Nick Clegg was set to join with the Labour Party in a pact that would have reflected the majority votes for parties promising to limit the public sector cuts. Instead those ubiquitous “markets” (the real faceless men and backroom boys degrading democratic process), aided by senior civil servants, wooed the Liberal Democrats to unite with the Conservatives so as to smooth the sales job for the harshest austerity program in British history.

With the election not delivering what they want, narrow interests are howling for a resolution that has little to do with democracy and a lot to do with the class power that dare not speak its name. Yet the more nakedly the elites need to subvert the normal parliamentary process, the less able they are to hide behind a consensual framework in which to implement their wishes. No matter what the outcome — and I greatly prefer the lesser evil of a Labor minority regime depending on forces to its Left for survival — the coming Australian government will be neither legitimate nor stable.