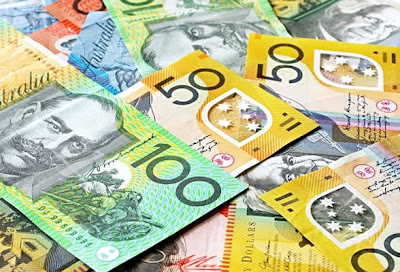 Lest people thought that the pre-election red-baiting of the Greens would stop now that the party’s vote had risen to 11.5 percent and they had gained four new Senators as well as a lower house MP, it has not taken long for a new round of attacks to start. While the media have joined the major parties in courting the three conservative Independent MPs, in particular sanitizing the noxious politics of Bob Katter, already we have been regaled with warnings of Greens extremism and confected shock at Adam Bandt’s history as a socialist in the student network Left Alliance in the 1990s.

But one of the most vexing criticisms has been the donation of a large sum of money (believed to be $325,000) to the Greens campaign by the Victorian branch of the Electrical Trades Union. A significant portion of this ended up with Adam’s campaign. Beyond any right-wing outrage, such as that practiced by the Murdoch press, progressive Sydney Morning Herald columnist Lisa Pryor has also weighed into the debate, broadening it to the question of political donations more generally.

While agreeing that the ALP shouldn’t automatically expect funding from the workers’ movement, Pryor argues that ETU leader Dean Mighell has mainly directed funds towards the Greens because of a personal dispute* over his ousting from the party in 2007:

It is sad to think that the election of the first Green to the lower house may have been facilitated by the grudge of an individual union boss. Surely it should be up to individual union members to decide which political party best represents their interests rather than having union membership fees siphoned off to support the party union bosses like.

She concludes that “a blanket ban on political donations from corporations, unions and front organisations is what is needed,” and favourably mentions Canadian donation laws, which only allow strictly limited individual donations.

The Australian Greens have only a small mention of electoral funding in their policies, wanting “public funding of elections to eliminate private funding”. But the NSW Greens have developed more detailed policies, with their excellent Democracy For Sale website having broken numerous donation scandals. In particular the NSW Greens believe that “the electoral system must be adequately funded by government” and that “Government policies, election outcomes and political decision making must be, and must seen to be, independent of donations or favours from the private and non-government sectors”.

While I am as appalled as anyone by the stench of huge sums being thrown at political parties by corporations in order to gain political outcomes, I believe there are serious problems with the approach advocated by Pryor and the NSW Greens.

One obvious objection is that a mainly state-funded system will increase the dominance of existing parties, handicapping new parties that want to break into the system. But there is a deeper difficulty in that progressives feel pressured into treating all organisations, whether they are companies, unions, NGOs or “fronts”, as equally problematic. This line of argument seems to be a response to right-wing criticism of reform that focuses outrage on why business interests have been singled out.

Reform advocates implicitly accept the notion that collective influence on election results is unacceptable except through the parties themselves, and that true democracy rests on individuals making atomised decisions about who they donate money to and vote for. Yet such a conception of democracy is severely limited. The reality of politics is that it cannot avoid being influenced by organisations. Methodological individualism in human agency is simply little more than an ideological conceit. The rampant corporate meddling we see in US elections may be particularly ugly, but it is only a more naked form of the networks of patronage, influence and ideological congruence that operate in every capitalist society, with politicians and senior state bureaucrats responding to the needs of powerful economic actors. Moreover, the nature of capitalist economic logic means that the political class reflexively sees its role as maintaining the efficient functioning of that system, even if they may seek more or less radical reforms to deliver differential social outcomes. Does anyone seriously believe that Canada now has government less interested in the needs of its capitalist class than before the donation laws were changed?

To lump trade unions in with these processes completely misapprehends their composition and function. Despite their relative lack of social weight compared with the past, the unions together comprise the largest voluntary organisation in the country. Moreover, even the worst unions have more internal democracy than any corporation (which are undemocratic entities by nature). Pryor is right to say that union members should have a say over which party unions give money to (or vote for) but she is wrong to say this must be decided at an atomised level. Without access to large quantities of capital, workers have no choice but to combine to advance their collective interests vis-à-vis their bosses and the government.

Of course there is a big problem that union democracy is much more passive and hollowed out than it was 35 years ago, but surely that is a reason to fight for greater control for the membership over such policy and finance decisions. Furthermore, the question of political representation for a social group (here a section of the working class) is one thing that the slow degeneration of the ALP has thrown into the light. Reforms banning union donations would be a blow to workers’ ability to influence the political system. They would also, therefore, be a blow against democracy as the ruling class would still hold sway over what governments did — and save itself some money because it wouldn’t have to compete with union efforts.

My argument is not that I want no limits on corporate donations, and total transparency of funding sources is something to be campaigned for. But any reform proposal should be brave enough to take sides against big business rather than hiding behind equal treatment for all organisations. If the Left’s project is still to increase democracy while decreasing inequality in wealth and power, the resort to superficially neutral demands could easily end up disempowering our side.

The reform argument put by the likes of Pryor and the NSW Greens essentially rests on envisioning a sharp division between state and civil society that doesn’t hold true in the real world. Of course individual and collective actors will try to interfere with government decisions — politics is nothing if not an expression of social contradiction and conflict. There is also a danger in the reform position that the Left sees its task as further incorporating oppositional interests within the state.  This is what demands for full state funding of political parties amount to, and assume that the state will then solve all conflicts in a neutral way. The irony in this stance is that the neoliberal state of the last three decades has more openly advanced the interests of the economic elites than the previous Keynesian-welfarist version. Is this really the state and political system we want to be handing more power to in the hope it will somehow transform itself in the process? A kindler, gentler state is not one I’m holding my breath for.

And on Larvatus Prodeo…

Mark Bahnisch has responded to our last post on the democratic deficit, as well as reproducing Guy Rundle’s recent Crikey piece on the current crisis. There is some interesting discussion at the end and the debate continues… Thanks, Mark!