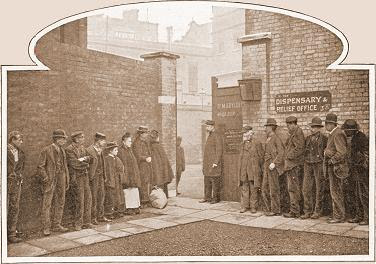 BernardKeane If Tony Abbott really wants to learn from the Tories he should start with their attack on middle-class welfare http://bit.ly/9vL8os

It links to the fallout of a decision by the Con-Dem coalition to slash a billion pounds out of the UK’s universal child benefit, a decision that the alleged progressive pole of the government, the Liberal Democrats, have immediately defended.

That the slashing of a universal benefit has caused this much consternation (even among Tories) must strike many commentators here as puzzling, given that welfare universalism was so successfully undermined by ALP governments of the Hawke-Keating era. “Means testing” has so penetrated every aspect of state provision here that even sections of the Left find “middle class welfare” an easy target when they want to argue for where funding can be found for preferred public programs, usually for the most disadvantaged. It was such a zero-sum game of “cuts here and new spending there” that drove the efforts of the “Gang of Four” senior ministers who ran Kevin Rudd’s fiscal strategy.

Progressives have been so conditioned by the neoliberal mantra of balanced budgets and low taxation on business that they often attacked the Howard government’s dalliances with universal provision, raising means testing as some sort of left-wing demand. Howard delivered his payments through the tax system, thus fulfilling his intention to buy votes while also being able to wage ideological and practical attacks on welfare paid through more traditional channels. There was another advantage to using the tax system: Howard could sell his approach as consistent with the “aspirational” logic of individual advancement in a low-tax, small government society.

What has not been recognised anywhere near enough is that the assault on universalism, under the rubric of “better targeting,” has undermined the basis for welfare spending in general. Means testing results in those who miss out on benefits becoming progressively resistant to being taxed for others, less well off than them, to receive benefits. And while targeting may cut payments to the better-off it has at least three other perverse effects: (1) it tends to discourage many of those eligible for a particular benefit from applying, because of stigma, lack of knowledge or the hassle of proving one’s eligibility; (2) it tends to increase fraud as a minority seek to cheat the rules, thereby casting more stigma on provision; and (3) it has much higher administrative costs as a whole apparatus must exist to decide who is and isn’t deserving.

Julia Gillard’s enthusiasm for a “social inclusion agenda” was seen by many as reversing Howard’s demonisation of the poorest in our society. But this is worse than just a rebranding as Gillard clearly wants to go further than Howard dared in breaking the post-WWII social consensus. “Social inclusion” may sound nice but it focuses on the failure of the excluded to re-enter the mainstream. Government’s role is then to use a mixture of carrot and stick to encourage them back into the fold. Combined with an ideology that people are “dependent” on welfare, and that “hard work” and “personal responsibility” are expected of the most disadvantaged people, success in mainstreaming is the government’s but failure must stem from the welfare recipient’s own flaws. It is the cruel and logical extension of the destruction of universalism, and can only lead to ever more resentment to recipients of such “special” government attention from those missing out. More disturbingly, the government is full steam ahead with compulsory income management of parents on welfare, further cementing their ideological and practical exclusion from the mainstream.

Despite Australia so far having avoided the worst of the global Great Recession, it seems that it will not be immune from governments and business leaders calling for an age of austerity that further squeezes working people and the poor. Already the government has gotten away with starting to raise the retirement age to 67 just as its (not-so-super) privatised pension system is looking to be unable to deliver decent incomes for the elderly. At the same time Labor has shown itself enthusiastic in reducing corporate taxes and caving in to mining billionaires’ unwillingness to pay even a paltry resources tax.

How should the Left respond to this? Rather than give ground to the dead-end logic of further welfare tightening we need to recapture the social importance of a universal approach, one that should logically extend to opposition to further privatisation of transport, healthcare and education. Secondly, we must challenge the zero-sum exercise that says governments can really only build a narrow revenue base, one that doesn’t touch the massively increased wealth of the corporate sector. A demand for progressive taxation, not “progressive cuts” like those the Con-Dems want to ravage Britain with, is a perfectly fine place to start.