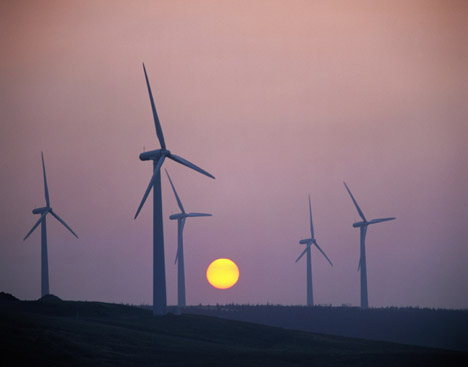 In March 2009 I was the lead NSW delegate to the Australian Greens’ National Council in Perth when I experienced a curious fact of climate politics. Our state party put a proposal that the Senators pull back from having emissions trading as the key plank of climate policy, a position Christine Milne had enshrined in Re-Energising Australia. We wanted to stress direct government intervention with a planned “just transition” of jobs. We were met by hostility from the Senators, and incomprehension from many delegates. In essence, three arguments were put in favour of an ETS: a pragmatic view that it was “the only game in town”, a general commitment to markets, and a focus on cap & trade being able to deliver emission abatement targets based on scientific consensus.

It is the third of these I want to focus on because it illuminates a key difficulty in climate politics, the attempt to use science as a political argument for how climate action should proceed.

Climate scientists have provoked two debates in recent years. The first debate is about whether human-caused climate change is real, happening and dangerous. They have successfully convinced the majority of people of this, and that something must be done. While science can never be truly free of dominant ideologies, the breadth and depth of international consensus on the issue make collective delusion or conspiracy unlikely.

The second debate is on what is to be done about climate change, but this is a question much more framed outside most scientists’ expertise — in the field of politics. So while scientists have developed powerful descriptions of what should happen technically to shift us to a low-carbon economy (e.g. the recent Zero Carbon Australia report) there is little sense of how our existing social structures could effect such a transition.

Mostly not being political activists, scientists have tended to present problems and solutions to governments to act on. Yet climate change became a big issue in the neoliberal era, when the dominant ideology in most rich countries has been one of non-intervention of states in the economy. So scientists have adapted to mainstream ideas in the hope of getting a hearing. As governments and sections of business have started to recognise the seriousness of the problem they have replied by proposing that market failures need to be corrected using … market mechanisms.

This explains the way that the debate has been centred on alternative market approaches to climate action, usually either cap and trade or a carbon tax of some sort. So there is a presumption that if “the science says” we need a 25 percent cut, the cap of a “well-designed ETS” will simply deliver it.

The market approach starts by looking to the main culprits of climate change to be the solution. It is a product of trying to find a form of action that is palatable to powerful capitalist interests resistant to bearing the costs of serious action. It is also about reassuring them that the same markets that create massive concentrations of wealth for the top of society remain in place. Carbon pricing as formulated in either the cap & trade or current carbon tax models is inherently regressive, as even Ross Garnaut says. All the debate around “efficiency” is not much more than a smokescreen for making sure that ordinary people and not big business pay for any transition (with some derisory “compensation” to take the sting out). In this vein, the recent Treasury Red Book has demanded regressive market reforms be implemented over climate and the economy more generally.

The collapse of global elite consensus over emissions trading at Copenhagen has created a larger space for debate, however. The Greens have shifted to a carbon tax as an interim measure, oddly enough abandoning the commitment to strong and non-negotiable targets that led them to help sink the CPRS, it seems because they want to be part of the (newest, latest) “only game in town”.

Ideas of direct state intervention that were peripheral have also started to be heard. An exciting local proponent of such ideas has been Leigh Ewbank, who studied with the US-based Breakthrough Institute, which has cogently dissected the ETS boosters from a quasi-Keynesian perspective. Leigh poses government action as a “nation building” exercise along the lines of the Snowy Hydroelectric projects of the post-war era — one that can gain broad social consensus for the transition.

There is no guarantee that a state-run solution will be progressive, or that it will be efficient or just. But there are two key advantages of demanding a serious state-based approach. First, because we know what kinds of economic transformation are necessary (a rapid shift to renewables, mass public transit networks, etc.), a state can effect such change much more quickly and directly than roundabout market signals can. The analogy is the rapid transformation of the US economy for WWII … something that would have been a disaster if FDR had relied on markets. Authors like David Spratt and Jonathan Neale have made a clear case for such an approach.

The second advantage is that ordinary people can build pressure on states to take specific action much more easily than trying to shape market mechanisms to indirectly serve a social good (the notion of “internalising externalities”). Neoliberalism hollowed out democratic possibilities by claiming states were powerless before markets, but the GFC shows us pretty starkly how dependent markets are on states. Better that we bail out the climate than another bunch of greedy corporations and banks.

It is this second advantage that is, in my opinion, the key to building support for climate action. But it is one that runs up against the powerful vested interests that have so far used every means at their disposal to prevent change. Which leads us to the key question of agency.

For most scientists the hope that governments and business would act on the basis of scientific evidence has proven illusory. Not even an inspiring global climate movement, made up NGOs and grassroots activists, was enough to turn Copenhagen into something more substantial. Such movements have lacked the social power to seriously affect the operations of fossil fuel centred capitalism. Any such movement needs to tap into the heartlands of the global working class in order to mobilise a force that can seriously challenge the logic of capital.

The trade union group of the UK Campaign Against Climate Change has produced an action plan for such an approach called One Million Climate Jobs Now! It repays reading, with an updated version just launched. It has gained the support of a number of key British unions and has fit a mood of growing bitterness at the impact of the economic crisis on ordinary people. But it clearly makes climate action a class issue, something most defenders of market mechanisms are committed to avoiding. This is not because capitalism is inherently tied to a carbon economy — the current state of affairs is a contingent outcome of history. As Paul McGarr has argued, the problem is more complex:

It may be argued that the measures needed to tackle climate change are not somehow fundamentally incompatible with capitalist society. And it is quite easy to imagine a capitalism that lived off the profits based on the production and sale of renewable energy. There is indeed no reason in abstract why capitalism has to be dependent on fossil fuels and industries linked to them. Capitalism can profit from anything it can turn into a commodity — and the history of capitalism is one of showing a remarkable facility for turning just about anything imaginable into commodities.

The problem is not one of principle or logic, but rather, as someone once remarked, that we are where we are. For historical reasons we have a capitalist society where the fossil fuel corporations lie at the heart of the production for profit on which the whole system depends. This fact has shaped everything about the world we live in, including the very ideologies and policies of the political parties and politicians who run most of the world’s governments and global institutions.

Capitalism has an immense inertia at its heart. Once patterns of production become established and with them great concentrations of wealth and power established, they are hugely resistant to change. The people who head the giant corporations, and who embody the logic they must follow to survive and expand as profit-seeking beasts, will resist with all their power anything which fundamentally threatens their current basis of profit and power — the fossil fuel based economy.

For this reason it is necessary to seek a politics outside capitalist logic, even if the task at hand doesn’t necessarily spell the end of capitalism. Demanding direct government intervention in that sense is a minimum prerequisite for moving beyond the dead weight of the mainstream debate. This is one discussion that will have to be redefined if we hope to get anywhere with it. But such a redefinition has a tremendous advantage — it allows to us to envisage a better world rather than simply a variation on the present mess.