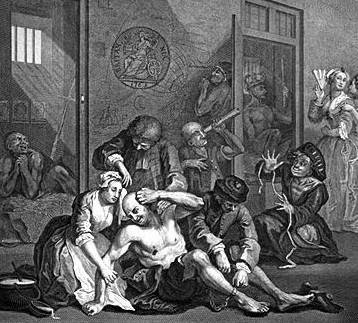 My article from Monday’s Crikey. The scary part was finding out that patients in other states have even more limited rights to automatic review of detention. When I was a junior doctor in Queensland I was turned off psychiatry training in part because of the non-existent external review processes for detained patients… and back then there was little pressure on beds, so patients had long admissions.

The ‘severe erosion’ of rights of mentally ill patients

A young man, until recently a law student, is wrestled into the emergency department by two police officers. He is distressed, agitated and acutely paranoid. Convinced he is being tracked by local underworld figures, he believes they have hospital staff in their pay. As the psychiatrist taking on his care, I have to make a decision that has profound implications for him: should I detain and forcibly treat him even though he has done nothing to harm himself or others?

Public hospital psychiatrists have long had the power of preventative detention, a power that bodies such as the Federal Police have only recently and controversially been allowed in respect of anti-terrorism laws. The necessary debate over that legislation stands in contrast to the limited public discussion of recent limitations to the rights of patients detained in NSW mental health units.

The mentally ill are among the most vulnerable and disadvantaged people in society, and past scandals have led to provisions for routine external review of detention decisions. But recent changes have greatly extended the time patients must wait for such a review, called a Mental Health Inquiry, from a week to up to four weeks. Patients no longer get to see a magistrate face-to-face but instead see a lawyer from the Mental Health Review Tribunal (MHRT), almost always via video link.

Peter Dodd, of the Public Interest Advocacy Centre (PIAC), has told Crikey: “The change has severely eroded the rights of patients in NSW to an early and independent review of proposed involuntary detention. This has all occurred without public consultation, assessment of the impact on patients, and the consent of Parliament.” He says the 2008 amendments to the Mental Health Act that shifted inquiries to the MHRT included no alteration to the provision they must occur “as soon as practicable”, understood in NSW to mean a week.

It’s hard to know what James is basing this on, as NSW hasn’t keep data on reasons for adjournment. Sydney psychiatrist Christopher Ryan told Crikey that James’ assertions don’t accord with experience: “It’d be unusual for an experienced psychiatrist to take more than an hour or two to come to a decision about symptoms, likelihood of harm and treatment alternatives, which is all that is needed for an inquiry. And even if a patient is very unwell, or has been inadequately assessed, this isn’t a reason to delay a review.”

Ryan believes the increase in adjournments in recent years has mostly been driven by doctors trying to reduce perceived stigma associated with formal orders during short admissions. Regardless, even adjourned hearings must examine the legality of detention, providing the patient with an independent judgement on whether due process has been followed. Under the new system some patients are being discharged after almost four weeks detained without receiving any review. And despite holding inquiries at most hospitals every two weeks, the MHRT is telling doctors to delay presenting patients until the second fortnight of their admission.

Mental health consumer groups are equally surprised by James’ argument that patients find inquiries “distressing”, a concern they have rarely heard from consumers. Such claims from the MHRT, lacking an evidence base, have raised suspicions the changes are largely driven by bureaucratic convenience.

The MHRT argues patients can still appeal detention rather than await an inquiry. Indeed, Crikey understands that appeals have more than doubled since the changes came into force. But an appeal is a complex process that requires the patient to take the initiative, and involves several steps within the hospital’s medical hierarchy before the MHRT hears it. Some patients worry they will upset the treating team if they appeal, whereas inquiries are a routine event.

After disquiet emerged over the changes, the MHRT set up a consumer oversight committee, including representatives from Legal Aid and the Consumer Advisory Group. NSW Legal Aid has been concerned enough to waive its usual “means and merits” test, providing free legal representation for all appeals.

PIAC is campaigning for “a return to the practice that has occurred since 1958 where the case to involuntarily detain patients, with very few exceptions, was reviewed in an independent inquiry that took place within a week of admission”.

This limitation of rights in NSW also shines a light on the much longer periods, up to eight weeks, that patients in most other states have to endure without external review. Some have argued that this simply means NSW is falling in line with national trends. But surely the growing opposition to the changes here should raise the question of why the mentally ill across Australia are afforded so little in the way of civil liberties and access to due process.

*Dr Tad Tietze is a Sydney-based public hospital psychiatrist. In his spare time he co-runs the blog Left Flank.