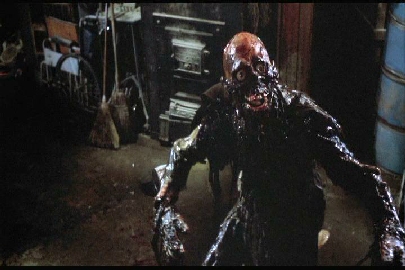 In my review of John Quiggin’s Zombie Economics I started to develop a theme about the nature of neoliberalism that goes beyond his focus on a set of flawed economic ideas and their application:

So why do market liberal ideas persist despite being disproved in practice? Quiggin suggests a mixture of the influence of vested interests and institutional inertia among economists. Both are true, but they overstate the independent power of the ideas he is critiquing. His description of the history of policy responses to the crisis of the 1970s exposes a rapidly shifting theoretical terrain, more consistent with a desperate and pragmatic search for a solution to recession on capital’s terms. So under “really existing neoliberalism” the state never removes itself from economic life, it rather acts more aggressively for elite interests. Market mechanisms don’t get applied neutrally but to increase the exploitation of workers and increase profitability at ordinary people’s expense. And behind every mystification within neoliberal ideology is the drive to make the majority class pay for the restoration of the minority ruling class’s power and wealth.

Quiggin ends with a modest program for mainstream economics, one that is necessarily lacking in hubris because he doesn’t claim to have “the answer”. Yet he strongly implies that the ideas of market liberalism will eventually die out as a result of their practical failure (currently for him they exist mainly in reanimated, “zombie” form, hence his title).

In their recent paper “Postneoliberalism and its malcontents”, Jamie Peck, Nik Theodore and Neil Brenner argue that the nature of the neoliberal project is unlikely to have a “Berlin Wall” moment of final collapse, of the sort prophesised by everyone from Eric Hobsbawm to Kevin Rudd. They acknowledge “the free-market project is on the ropes”, but that this is not the same as there now being a simple path towards some clear new arrangement. They argue this is for three main reasons, related to the nature of the dynamic process of “neoliberalisation”.

First, attempts at post-GFC economic policy reconfiguration have seen “flamboyant denunciations of the follies of laissez-faire, delivered from right stage as well as left, coincide with desperate efforts to reboot some reformed version of the same system”. This is because neoliberalisation is a variegated and decentred process. It is also about managing crisis, displacing and postponing risk rather than eliminating its destructive effects.

Second, unlike the crises of state capitalist (Keynesian or Stalinist) growth models that opened the way to neoliberalisation, this time there is no alternative elite economic ideology awaiting its chance to take centre-stage. Instead responses have been largely pragmatic, aimed at defending and extending capitalist interests but without any clear endpoint in mind: “The crisis managers seem effectively to be flying blind, and occasionally will confess as much.” Indeed, the very same layer of technocrats who brought us the GFC are entrusted with fixing the mess, using largely the same toolkit and with no coherent ideological alternative to challenge their hegemony. The lack of alternatives can be seen not only with Quiggin, but in All That’s Left, a recent collection of essays on directions for the ALP. While claiming a postneoliberal orientation, it mostly fits the picture of “a harder-edged form of the revisionist accommodations and centrist triangulations fashioned by the likes of Blair, Clinton and Schroder during the 1990s.”

Finally, the authors see neoliberalisation as a “hegemonic restructuring ethos, as a dominant pattern of (incomplete and contradictory) regulatory transformation, and not as a fully coherent system or typological state form”. In some ways it cannot exist except in relation to the structures and policies it seeks to break apart and obliterate, developing as a “mongrel phenomenon” rather than being divided from them by an iron curtain. In this sense the current crisis might leave market liberal ideology discredited, but its practical (rather than theoretical) aspect may be what really survives in zombie form, most likely in as many different and specific permutations as it did before the GFC.

David Harvey has put the issue whether neoliberalism will survive the crisis well:

Does this crisis signal the end of neoliberalism? My answer is that it depends what you mean by neoliberalism. My interpretation is that it’s a class project, now masked by a lot of rhetoric about individual freedom, liberty, personal responsibility, privatisation and the free market. That rhetoric was a means towards the restoration and consolidation of class power, and that neoliberal project has been fairly successful.

Formulating an alternative to neoliberalisation, then, must start by penetrating its form of appearance in terms of ideology and policy choices. As valuable as critiques like Quiggin’s are, the solution is not an alternative repertoire of economic levers but a focus on the class nature of neoliberalisation. Such an approach implies the development of an alternative class project, a hegemonic practice from below.

Thanks to Gareth Dale for keeping me excited about zombie metaphors and for pointing me to the paper by Peck et al.