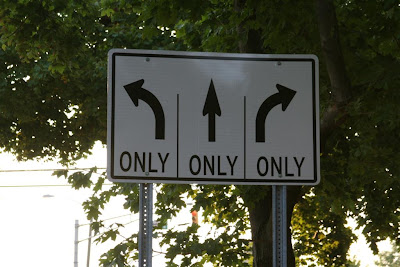 So what is politics? For most, politics is that thing that happens in Canberra and on Macquarie Street. That thing to be ridiculed, not trusted, obsessed over and argued about. It is that thing external from us, happening ‘out there’ in other locations, and reported in the media.

Yet politics is also a practice, or potential practice, of everyday life. One that is greater and more diverse than official or representative politics, and yet also not reducible to personal visions, actions and views. It is something that is social, and sits in civil society rather than simply within the state and political society (Thomas 2009).

In contemporary Australian civil society, social movements are the backbone of political activity. We are in a period where industrial struggle has declined, and it is on social movements that many activists have focused their attention. In the last decade alone we have seen asylum seeker movements, the movement for fair trade and global justice, campaigns to expose the horrors of the NT Intervention, the movement against the Iraq and Afghanistan wars, and action for climate justice to name just a few.

Yet the radical Left in Australia has failed to consistently and constructively relate to, intervene in and influence the development of social movements in this time. Not only have tactical errors been made in individual campaigns, but there has been a failure to capitalise on building movements and networks when opportunities have presented themselves.

In recent decades there has been an explosion of academic work on social movements. Initially published in sociological journals, this work has fed a specialised field of social movement studies. Leading theorists like Alain Touraine (France), Alberto Melucci (Italy), Charles Tilly, Sidney Tarrow and John D. McCarthy (United States) have looked for ways to explain the new movements that formed among students and around issues like the Vietnam War, racism/civil rights, women’s and gay liberation, and imperialism. While sociologists were traditionally meant to solve problems and explain dissent, these academics were energised by the new struggles and often actively engaged in relationships with student activism at places like the Sorbonne and UC Berkeley.

So what do these theorists mean when they talk about ‘social movements’? In general terms, social movements have been defined in reference to key features, such as:

Moreover, social movements have unique internal logics precisely because they are individually mediated expressions of the class struggle. They are differently mediated than trade union struggle or wildcat strikes, yet still an expression of that underlying dynamic. The implication of this understanding is that these movements are the field for intervention rather than some ‘impure’ phenomenon that must be approached from without. But the fact they are mediated expressions means that intervention must be directed at simultaneously building and shaping the movements from within.

The Italian Marxist Antonio Gramsci wrote that ‘all men (sic) are intellectuals…but not all…have in society the function of intellectuals’. He argued that for the subaltern groupings to challenge the hegemony of the ruling class there must be the creation of a stratum of ‘organic intellectuals’ from within their ranks. These are activists who have a clear conception of the world and the aims of their movement, not just one or the other. He distinguished this group from the common understanding of intellectuals as abstract thinkers or academics, and instead compared it with organic intellectuals of the bourgeoisie like judges, lawyers, engineers and economists (Gramsci 1971).

While Gramsci believes that the recruitment of a layer of non-proletarian intellectuals to the subaltern movement is an important factor in the struggle for hegemony, this is not the key. Rather, it is to develop ‘intellectuals of a new type which arise directly out of the masses, but remain in contact with them to become, as it were, the whalebone in the corset’ (Gramsci 1971: 340). He goes on to argue that political parties are the natural expression of this process, the way by which such a stratum coheres itself within the wider movement or class: ‘The political party for some social groups is nothing other than their specific way or elaborating their own category of organic intellectuals directly in the political and philosophical field…’ (Gramsci 1971: 15).

In Gramsci’s view, then, the solution to the problem of how to theorise movement practice without either separation from the movement or reduction to its lowest common denominator is solved through the intertwining of two processes. First, the creation of a layer of activists developing theory but also remaining firmly rooted within the movement. Second, their agglomeration in a grouping in which they can discuss and debate ideas in the process of leading movement struggles. Contrary to the views of many activists who explicitly reject ideas of party organisation as inherently authoritarian (Hardt and Negri 2001 & 2004), Gramsci sees such organisation as vital to strengthening the intellectual forces of oppositional movements and classes fighting for liberation.

In the current situation, this concept of the organic intellectual is useful as it allows us to appreciate how the development of ideas can occur not only from within movements and from their point of view but also through articulating a broader vision not reducible to the movements or their participants. These individuals are ‘of’ the social movement, but also have horizons beyond it. They are able to both fight for the broadest/largest movement possible and fight for their own political vision within it.

The radical Left has had no shortage of organisational structure, but failed to do (or do well) what progressive activists in other times and places were able to. It is worth briefly summarising some of the problems that activists here have encountered or exemplified (and I do not exclude myself form these problems):

The positive alternative implied in the preceding would be to focus on the wider development of the movement and raise political debate in more generalised and abstract (rather than organisational or propagandistic) ways within it. How to do this then? That is a conversation for all of us, and perhaps the topic for future blog posts.