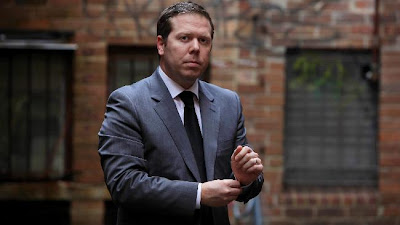 It was difficult to know how to approach Paul Howes’ Confessions Of A Faceless Man, his public “diary” of the 2010 election campaign. Was it to be a tell-all insider’s account delivering anecdotes that journalistic efforts would miss? Was it to be a re-evaluation of the problems the first-term federal government got itself into, a thoughtful introspection on how the ALP went from astronomical to disastrous poll ratings in very short order? Or was it to be a meditation on the long-term trajectory of a Labor Party that, as Howes is keen to tell us on his book tour, needs to have some serious debates about “big picture” ideas.

As it turns out, none of the above, and that perhaps explains some of the very critical commentary that has derided Howes for either being one of the vapid apparatchiks who caused this mess, for providing little real “insider” insight, and for generally having a really bloody short memory.

But actually there is real strength to this book that, while inadvertent on Howes’ part, is worth picking through. For here is the account of how a national leader of Australia’s longest-surviving trade union sees politics and its relationship to the workers’ movement. By examining Howes as an expression of the union officialdom (albeit one further Right than some others) we can gain more insight than if we review Howes as Howes.

Because if we abstract Paul the person — the clever, ambitious and driven political operator — the picture that emerges is one of ideological and philosophical incoherence, struggling with an impasse for his movement that he cannot fully comprehend. In that sense, the opprobrium served up against him personally is misplaced; the important thing is that he is part of a social grouping that has lost its footing through 30 years of adaptation to neoliberalism.

Howes’ book reads like a rollercoaster ride, as he swings from pessimism to optimism and back again while the ALP campaign lurches about. At one level this is understandable as this is the union bureaucracy’s party that is risking first-term humiliation. Yet woven into this tale are his appearances at workplaces and union meetings, where in the heyday of union power the leadership would have been able to read the public mood much more accurately. Now they too are in thrall to opinion polls and focus groups because of the erosion of their social base. No longer does mobilising the membership guarantee anywhere near as many votes as it used to.

Key to Howes’ emotional ups and downs is what he characterises as an internal problem in the ALP. But this is too often personified in terms of “Labor rats”, with Kevin Rudd, Mark Latham and Dean Mighell singled out for harshest treatment. The question left begging is why some high-level bullying or leaking, the TV shenanigans of a narcissistic former leader, or the backing of the Greens by a Left union official should cause so many problems for Labor. Howes at one point refutes the charge that the election campaign was “boring”, but that was only ever part of greater problem that it was focused on trivia, innuendo, personality, dirty tricks, empty tactical manoeuvres, media stunts and dog-whistling from both major parties. This was because, despite Howes’ visceral hatred for Abbott, there was actually very little policy, let alone programmatic, difference between the ALP and the Liberals in 2010.

While Howes is frank about the way that the ALP has lost touch with sections of its constituency, he is only able to drill down at the level of a handful of policies he thinks need changing, most obviously climate change, immigration and gay marriage. This discomfort with the status quo sits uneasily alongside his unquestioning, and largely unmentioned, acceptance of the ALP’s long drift to the Right on both economic and social issues. Cognitive dissonance leaps off the page, despite Howes’ attempts to repress it. The hopeful, steady as she goes, conclusion of the book contrasts sharply with the scale of Labor’s disaster.

One thing that stands out is how starkly Howes describes the division between the union movement’s industrial and political roles, even though he straddles the divide more obviously than anyone. It is not that he sees unions as outside politics, but rather that politics must be subcontracted to the ALP, within the narrow limits of allowable government action in a market-driven world. At one point he questions the wisdom of a National Broadband Network, not for reasons of waste or inefficiency, but for being built in public hands. Private capital here is the true subject of history, with unions reduced to either securing a fair deal on basic conditions or supporting an ALP that manifestly fails to deliver for them.

This contrasts dramatically with the union lineage that produced the current circumstance. By the late 1960s the long boom had provided space for industrial action to deliver real gains in wages and conditions for most workers. That union officials usually lagged behind their members in taking action was of secondary importance as long as workplace confidence could overcome employer resistance. But this broke down with the economic shocks of the 1970s, followed closely by the epochal political defeat of coup against Whitlam.

Whatever the political impulses of workers — and their involvement in the Moratoriums as well as issues like equal pay for women, the built environment and uranium mining indicates they were very much part of the radical social movements of the times — the conclusion drawn by the officials was to seek direct participation in the running of the economy. In practice this meant closer collaboration rather than confrontation with the capitalist class, especially after their experience of the Fraser years was that industrial confrontation alone was unable to resolve the crisis. The recession of the early 1980s further broke workers’ resolve to resist the effects of the crisis, involving as it did mass sackings in key industries where union organisation had been strongest.

But in exchange for ACTU leaders like Bill Kelty being effective cabinet members in the Hawke and Keating governments, they delivered real wage cuts in the 1980s and then acquiesced to enterprise bargaining in the 1990s, a process which intensified the trading of jobs and conditions for “real” pay rises, driving increased pay inequality. Their final reward was 11 years of Coalition rule where tough laws aimed at hobbling unionisation led to a dramatic collapse in union density (and, eventually, raw membership numbers too).

For all of Howes’ bitterness at Kevin Rudd, the former PM was the product of an ALP regaining office off the back of a significant revival of political unionism in the Your Rights At Work campaign. Yet by then the Party was so politically exhausted that it believed it could only win with a leader whose shtick was his disavowal of union influence. Howes is part of a hesitant rethinking of this long-run strategic orientation among the union leadership, something more clearly pushed by new ACTU president Ged Kearney. Yet his role in Rudd’s destruction reflects not a political shift but a pragmatic attempt to rein in a PM who had bucked the usual structures. Ironically, for all his painting of Rudd as a powerful bully, the assassination was swift and complete, reflecting Rudd’s lack of a base inside the party. Howes’ barely disguised dismay at Gillard’s lurch to the Right reflects the corner union leaders have painted themselves into.

That powerful union leaders feel so disoriented is a marker of the cul-de-sac they have driven down through their inability to construct a coherent alternative to neoliberal hegemony. Yet their growing role in publicly pushing for change, however limited, does reflect a concern that their overarching strategy of subcontracting politics to the ALP has reached its nadir. If there is one theme that emerges clearly from Howes’ book it is that this is an impasse that they can no longer paper over. The debate they are promoting creates the space for alternative interpretations to start to gain a hearing.