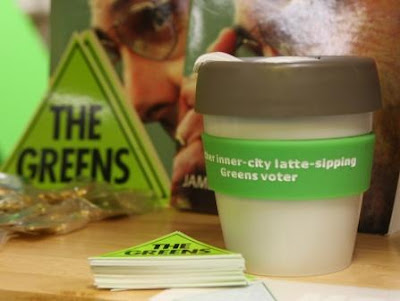 The Victorian Liberals’ victory came as unsurprising to me, and not just for the reasons outlined by the ever-perceptive Peter Brent. There has been voter crankiness against state and federal Labor governments that reflects the exhaustion of the party’s attempt to use technocratic managerialism as a substitute for traditional social democratic politics. As Left Flank has pointed out, this strategy emerged from the peculiarities of neoliberal ideology:

In the neoliberal mindset, none but the most perfunctory social decisions can be made independent of an apparently external market logic, thus downgrading the importance of democracy. This phenomenon first became apparent at the state level in Australia, as governments (mainly Labor) reduced their mission to something analogous to managing a business, devoid of any consideration of variegated social interests (apart from those of the boss’ bottom line). Increasingly dismissive of any social base for their actions, they came to project their role as one of a technocratic fix. That this fix was implicitly in the interests of the business class was elided with talk of a post-ideological era. The ideology of the day was that there was no ideology anymore.

For those who are demoralised by the big swing to the Liberals it is vital to recall that the ALP’s long-term project of undermining the interests of its core constituencies and thereby further limiting the already minimal democratic choices on offer means that it would be wrong to read into the result any profound shift to the Right in Victorian politics (just as it was premature of some to claim that Victoria is a left-wing state because of its high combined Labor and Greens vote at the federal election). While the ALP retains the support of the majority of workers, its abandonment of any systematic delivery on their class interests has meant that the strength of that support is much weaker than it has been for a long time.

If this election represents a strong anti-Labor swing, its deeper ideological and political meaning is more complex. Voters were told it’s all about “management” and so, angry with the erosion of services under Labor, decided to opt for a new management team.

The Coalition worked hard to project an image of moderation rather than any return to Kennett-style radicalism. Looking at the Liberal website, for example, reveals a bland selection of policies to improve services, including a plan for a statewide transport authority that is part-copied from the Greens. The ALP’s site is even more depressing, trying to out-neoliberal the Liberals with attacks on Bailleau’s “splurging” on election promises prominently displayed on the front page. This doesn’t exclude the possibility of Bailleau “doing a David Cameron” and introducing harsh cuts if economic conditions deteriorate, but he will have little popular mandate to do so.

Yet the question of the Greens’ disappointing showing is of more concern to the prospects of Left alternatives emerging from this impasse of mainstream politics. At around 10.6 percent their statewide vote was just over 0.5 percent up on 2006, and they have almost certainly lost an upper house MP. This compares poorly with their vote of 12.6 percent in the House of Representatives in August. In some key inner city seats there were impressive primary vote swings to the party, but not enough to make up for the Liberal decision to put the Greens last on how-to-vote cards, thereby denying them a lower house seat. The result is not a disaster, but it calls into question the Greens’ strategic orientation.

The key to understanding the Greens’ problems in Victoria is their effective acquiescence to the depoliticisation (and neoliberalisation) of state politics, despite their claims to stand for something new and different. A look at their policy statements demonstrates a slightly more progressive version of the managerial imperative. Policies are built around the primacy of markets, although with a bit more regulation thrown in and a marginally greater role for government investment. The state finance and taxation policy barely mentions the devastating legacy of the Kennett years, which was largely retained by Bracks and Brumby. There is no substantive critique of privatisation of public services and the Greens’ economic policies are generally uncritical of the shift of wealth to big business and the rich. Taxation should be “fair, efficient, sustainable and progressive” but the meaning of this remains ambiguous. Indeed, “Taxes should be used, alongside efficient regulation, to set a framework for market activity in which capital is most profitably deployed for environmentally sustainable, productive, and socially progressive purposes.”

The party’s “Top 10 Reasons to Vote Green” statement is similarly vague. In fact, five of the them are platitudes about the party itself: “The Greens stand up for what’s right, not just what’s easy”, “It’s the party changing Australian politics”, “The Greens have vision”, “For a more powerful vote” and “Because politics can be different”. It’s all very self-referential.

Combined with the mixed messages implicit in their attempts to secure a preference deal with the Liberals, the effect was to protect rather than break the cosy economic rationalist duopoly of the major parties. Candidates like Brian Walters may have claimed his party was up against a “grand conservative Coalition […] between Labor and Liberal”, but the Greens made little effort to define that conservatism or how they were different to it. It was a classic case of seeking electoral advance through positioning as being “neither Left nor Right”. The preference fiasco also hurt the Greens because it made them look opportunistic, more like power-hungry major party politicians than the “different politics” they so frequently promise.

Perhaps most tellingly, the ALP was able to win back the support of key unions, in part because of the preferences issue but no doubt also in part because the Victorian Greens don’t even have an industrial relations policy!

Claims that the Victorian result represents the high water mark of the Greens’ advance (i.e. it’s all downhill from here) rest in part on the idea that the party’s potential social base is narrow and that the major parties will reassert their formerly hegemonic position. Yet the social conditions that created space for a third political force to the Left of the ALP remain in place. Thirty years of neoliberal consensus between the major parties, the resultant alienation by the ALP of its traditional base, and the emergence of progressive social movements and associated intellectual critiques over the last decade have not simply evaporated. Indeed, there are clear signs they have intensified in the wake of the Global Financial Crisis.

Nature may abhor a vacuum, but not any Left of Labor force can automatically fill such a space. To do so requires a strategy that understands the nature of the opportunity and orients on systematically exploiting it. Prior to the last few weeks the Victorian Greens had ridden a wave of progressive sentiment, assuming their recent federal success would translate into state voting patterns (and overselling the likelihood of winning extra seats).

However, the dismay with Victorian Labor’s performance is not based around the same issues that damaged its federal counterpart. The Australian Greens, with clear positions on climate, the mining tax, Afghanistan, gay marriage and asylum seekers, were able to differentiate themselves from a Labor Party that was lurching to the Right. At the campaign launch Bob Brown talked like an old-fashioned social democrat, with a vision for progressive social change. This represented product differentiation, but it also cracked apart the idea that there was no alternative to the lack of difference between the major parties. In other words, the Greens were able to provide cohesion and focus to more inchoate left-leaning dissatisfaction with the ALP. This was most obvious in Adam Bandt’s campaign for Melbourne, where he was able to build appeal through confronting the ALP’s failure to act like a “real” Labor party, garnering significant support from constituencies formerly believed to be off-limits to the Greens (such as trade unions and public housing tenants).

Faced with the more traditional “bread and butter” economic and social issues animating dissatisfaction with Brumby in Victoria, the state Greens had no clear alternative program on offer. While it is true that the blandness of the election made such positioning harder, there was obviously a large pool of bitterness toward the Brumby government among working class voters, one that the Greens simply didn’t know how to capitalise on. Voters in the end stuck with the devils they knew because there was nobody seriously shifting the mainstream debate.

In Overland Journal I suggested that the contradictory nature of the Greens left the party vulnerable to setbacks if it didn’t find a way to push deeper into the ALP’s heartlands. After decades of neoliberal hegemony, simply being a slightly nicer variant of the mainstream consensus is no guarantee that voters will choose the Greens over Australia’s oldest political party, one that maintains significant social roots inside the working class. The Right inside the Australian Greens has in recent years been waging a campaign to moderate the party’s social and economic stances, move resources to mass media campaigns rather than grassroots organising, and to seek alliances with either major party to prove its ability to be part of “responsible” governments. These trends have been most fully realised in Tasmania, where the Greens have joined a Labor government committed to a conservative economic agenda, but they operate nationally. Such moves serve to dilute a major factor in the Greens’ success on the mainland — its ability to cohere a progressive constituency around key political questions that have led ALP voters to lose faith in their traditional party. By failing to pursue such a strategy in 2010, the Victorian Greens have set back their electoral fortunes. The danger in the longer term is that they will draw a profoundly conservative conclusion from the result, that they must move further into the political mainstream rather than challenge its shaky foundations directly.

*With apologies to Eric Hobsbawm