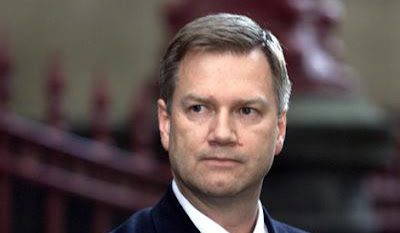 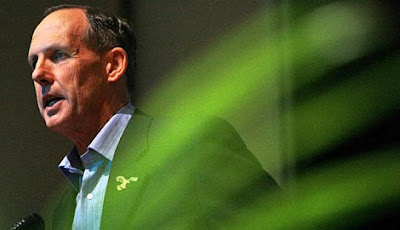 The horrifying deaths of refugees near Christmas Island this week produced two notable responses. The first, recycled endlessly in recent times, was the call for people to not use the tragedy to gain political advantage, a ridiculous idea given that Australia’s current refugee policy has few reasons for existing except in the service of politics. As Left Flank argued in July:

Unable to promise real improvements in people’s lives, the major parties have turned to nationalism and immigrant-bashing to divert attention from their failures and to find easy scapegoats. The “debate” over asylum seekers and border security is thus about neither. Rather, it is an intervention in domestic politics, displacing economic insecurity into xenophobic insecurity, and thus getting the politicians (temporarily) off the hook.

But the second was a letter to Melbourne’s Herald-Sun written by Bob Brown, calling for its notoriously right-wing columnist Andrew Bolt to resign. Here is the full text:

Andrew Bolt has blood on his hands. He stridently insisted on the invasion and killings in Iraq which led to millions fleeing. Some of those millions ended up in the ocean off Christmas Island on Wednesday.

Andrew Bolt’s call, while bodies were still in the ocean, for Julia Gillard’s resignation (but the Labor Party opposed the war in Iraq) lacked human decency. He should resign.

Let’s leave aside the fact that Brown (a) conveniently forgets that the ALP’s opposition to the Iraq War was over a technicality (lack of UN Security Council approval) and (b) is curiously keen to defend a PM whose refugee policy he vehemently opposes and which has in practice contributed to the refugee deaths. This letter follows on from earlier attacks by the Greens leader on the Murdoch press and The Australian in particular for its campaign against the Greens:

“[The paper] sees itself as a determinant of democracy in Australia. It believes it has replaced the people and it’s time to bell the cat. It’s stepped out of the role of the fourth estate to think it’s the determinant of who has seats in the parliament, and it needs to be taken on.”

Now, I have no problem with anyone attacking Bolt or The Australian for their right-wing proselytising, but there is a certain naïveté in the way that Brown and others on the mainstream Left approach the battle of ideas in society. It seems to me that much of the debate has been about the “proper” role of journalists or public intellectuals in a pluralistic liberal democracy — rejecting open partisanship and demanding “balanced” coverage.

Similarly, NYU journalism lecturer Jay Rosen has written compellingly of how the decline of mainstream US journalism into an embedded, pro-state stance since 9/11 has led to the rise of WikiLeaks. For him the problem can be summed up in the person of New York Times journalist Judith Miller’s unquestioning promotion of the WMD lies that underpinned the case for war in Iraq.

Rosen and Brown are essentially demanding a return to a better journalism that really seeks out the “facts” in a less partisan manner and is much more sceptical of the lure of powerful, conservative interests. Yet the idea that partisanship can somehow be minimised or eliminated strikes me as wrong-headed in two ways.

The limits set by hegemony

First, there is the notion that facts can somehow be separated from the ideologies of those who present them to us. From the most basic decisions — about which of many facts are to be presented — to the most complex, there is an inherent partisanship and “bias” in knowledge production and transmission. In some senses this is why WikiLeaks has earned the ire of even some progressive journalists, because it openly labels itself as a political project that takes sides against US foreign policy and states more generally. This seems to be “cheating” when “real” journalists have to not just “fact-check” but incorporate the views of the ruling elite in every report as a matter of fairness to both “sides”. In a similar vein, while defending Assange’s legal rights in one breath, Bob Brown recently felt the need to lecture WikiLeaks to be “diligent” in self-censoring any aspect of the leaks that may “put lives in danger”.

What such views do is reflexively accept elite hegemony as a “fact of life” and so find it impossible to imagine counter-hegemonic explanatory frameworks for the data before their eyes. Such a process came tragi-comically to life in the UK last week when YouTube footage of disabled activist Jody McIntyre being tipped out of his wheelchair and assaulted by police at a student protest was played during an interview in which the BBC journalist did his best to present the activist as a threat to public safety, who menacingly “rolled towards police”, thereby provoking their justifiable brutality.

The actions of Judith Miller or this particular BBC turd do represent a new low in mainstream journalism, one that Brown and Rosen pick up on in their criticisms. But to imagine a past era where such implicit processes didn’t operate gives too much ground to ruling conceptions of how journalists and other intellectuals ought to function, standing above the fray of politics and ideology to present some approximation of “truth”. In his development of a materialist analysis of intellectuals, Antonio Gramsci rejected the notion that intellectuals form a separate class because of their role in society, instead pointing to their function as serving the needs of particular classes with which they are (consciously or unconsciously) aligned.

As Buci-Glucksmann points out, the intellectual crisis of the 1920s and 30s had led one progressive Italian intellectual, Julien Benda, to bemoan:

[In this era], in which political passions and hatreds are gaining the upper hand, in which nationalism, authoritarianism and racism lay down the law, the “scholars” have deserted their true post: a universal and disinterested activity which “urges citizens to what is common and universal in man”.

Gramsci replied that Benda “examines the function of the intellectuals while abstracting from their class situation and their function, which has become still more precise with the immense spread of publishing and the press”. For Gramsci it was the crisis of the middle classes in a period of intense economic and social dislocation that led many intellectuals to side with extreme nationalism and fascism, not a lack of adherence to some universal ideal. Thus the question for the subaltern classes of developing and cohering their own layer of intellectuals is so central to his writings on the creation of a new hegemony, one countering (and providing an alternative to) the hegemony of the capitalist elite. Indeed, perhaps more than most classical Marxists, Gramsci lays heavy emphasis on the subaltern classes waging struggles on a wider intellectual and cultural front, rather than only within some “pure” political space.

This brings us to the second weakness in Rosen and Brown’s criticisms of partisanship. They seek a rehabilitation of existing hegemonic systems and relations of knowledge production and dissemination rather than their destruction. For them WikiLeaks exposes the desperate need to reform the debased institutions of journalism we have today, not a reason to replace them with alternative institutions.

It is here that Gramsci is at his strongest in how he envisions the state as an instrument of class rule, but in a broader way than simply seeing it in purely economic or formal political terms. Part of that rule is the development of a hegemonic apparatus, a mechanism for the reproduction of ideas, relationships and institutions that undergird mass consent. So mainstream journalism, the mass media, academia and conservative pundits are all part of this apparatus of rule, their concrete character mediated through the historical development of their own institutions and traditions. One of the curiosities of the media’s role in Australian society — now coming to an abrupt halt — has been its stated non-partisanship during the post-WWII era, a “neutrality” resting on broad consensus about the capitalist nature of society.

The corollary of Gramsci’s analysis is the creation, from below, of an alternative hegemonic apparatus — understood here more broadly than the narrow conception of “party” that we are handed down by official politics. Part of this must be the development of journalists and other public intellectuals whose allegiance to the subaltern classes drives their production and dissemination of ideas. The last decade has seen the emergence of new intellectual critiques of capitalism, new counter-cultural spaces and alternative media and journalistic efforts — but these have tended to be fragmentary and on a small scale. Wikileaks represents in some ways a quantum leap in the scale of such projects, although of a qualified nature.

Interestingly, my experience within the Greens was that while there were spaces for such initiatives, growing electoral imperatives led to an increasingly arid internal cultural and intellectual climate. Ideas were only useful if they directly related to getting elected, there was pressure for policies and policy debates to be simplified, and there was increasing concentration of all intellectual work in the offices of elected MPs. This perhaps helps to explain Brown’s desire for a fairer go in the mainstream media: his party has simply not known how to (or not cared to) build an alternative hegemonic apparatus, or even act systematically to draw together the exciting developments that are happening. It has allowed its project for social change to be delimited by the narrow confines of acceptable politics and now finds itself weak in the face of powerful forces mobilising against both the party and the causes it defends.

There is no easy solution to this problem. But for such a project to develop requires a conscious commitment to a politics outside to that projected by the state. Our side has spent too long fighting on the terrain set by the ruling class, not out of necessity but in the belief that there is no alternative. In a period of social instability such as the present, the elites will seek to shift that terrain as rapidly to the Right as they can, as Bolt or current mainstream journalism show so vividly. We should seek not a rebalancing, but a firm commitment to taking the side of the oppressed against the powerful.

Thanks to wrong+arithmetic and liz_beths for the discussions that laid the basis for this post.